(OECS communications) At the General Council of the World Trade Organisation, the organization’s highest decision-making body, the Permanent Delegation of the Organisation of Eastern Caribbean States (OECS), speaking on behalf of the CARICOM group, addressed several critical issues currently affecting Caribbean countries, including efforts by some WTO members to blacklist, CARICOM Member States.

In consideration of the economic and social havoc caused by the COVID-19 pandemic, Head of Mission, Mr. Stephen Fevrier stated that despite being responsible members of the international community, members of the CARICOM group possess a “limited policy toolbox, and do not benefit from the support of strong central banks able to issue and monetize debt at unprecedented levels. To make matters worse, due to extended lockdowns and historic levels of unemployment in our source markets for vital financial remittances, members face an almost insurmountable challenge in the absence of external support.” 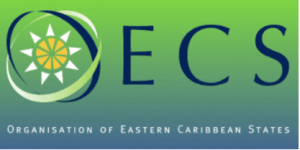 The OECS Delegation further stated that, notwithstanding the tremendous difficulties confronting public finances in CARICOM Member States, the “threat of, and continued unilateral, arbitrary, and nontransparent blacklisting strategy employed by some WTO Member States does not serve the cause of international solidarity, particularly at a time of unprecedented global uncertainty.”