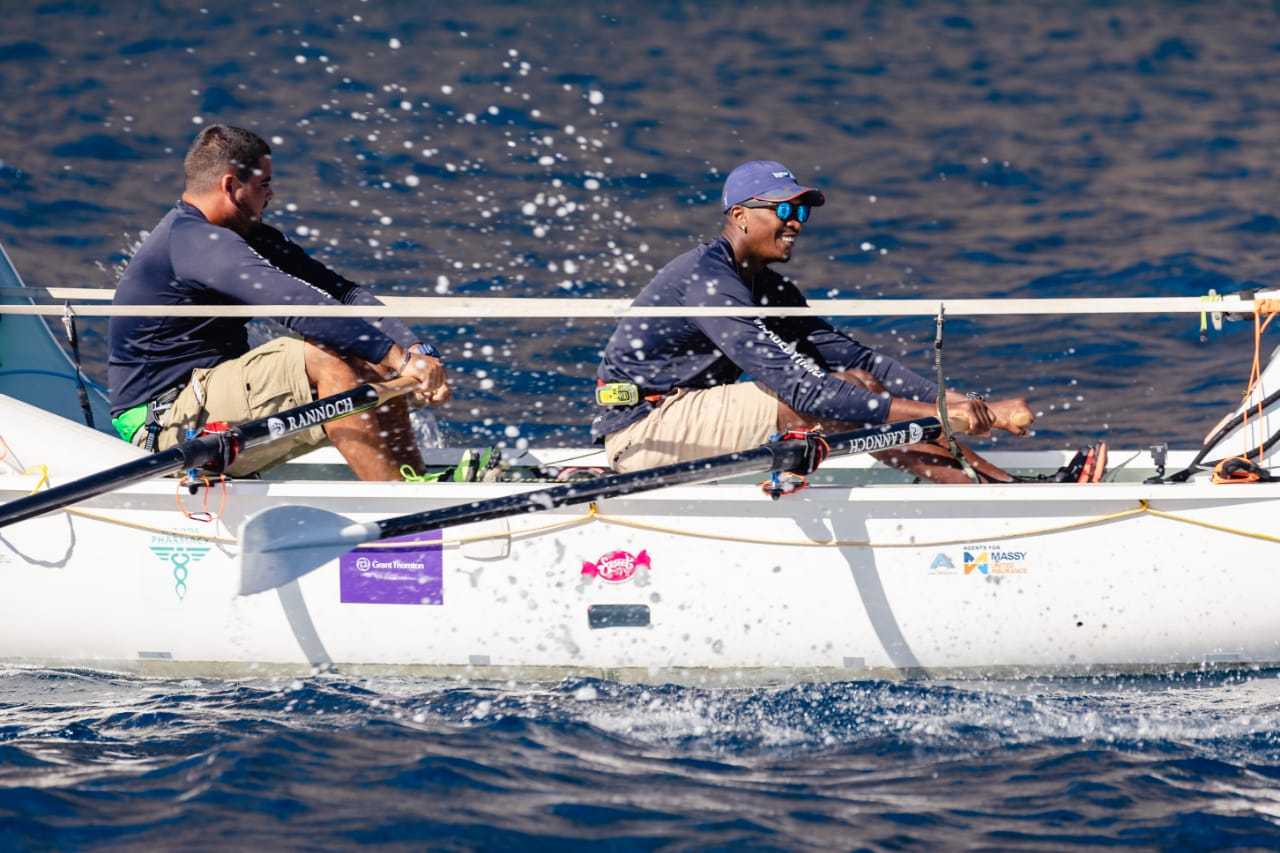 The Antiguan pair of Travis Weste and Joseph Nunes along with 19 other teams began rowing across the Atlantic Ocean a few minutes ago, when the Talisker Whisky Atlantic Rowing Challenge took off from La Gomera in the Canary Islands.

It is the fourth time Antigua and Barbuda is being represented in the race known as the world’s toughest row. However, the duo is the first pair.

The two men have spent months training for the grueling three thousand mile crossing across the open Atlantic towards the finish line at Nelson’s Dockyard.

Weste and Nunes arrived in La Gomera earlier this month and were involved in briefings and making final preparations ahead of the race.

On behalf of the team, Mr. Weste spoke to POINTE FM on Friday evening.

As the team departed this morning the officials indicated that Joseph Nunes was the youngest rower in the 2020 edition and had indicated to them that his row is to prove that ‘anything is possible’.

The ABFA remains vigilant and proactive