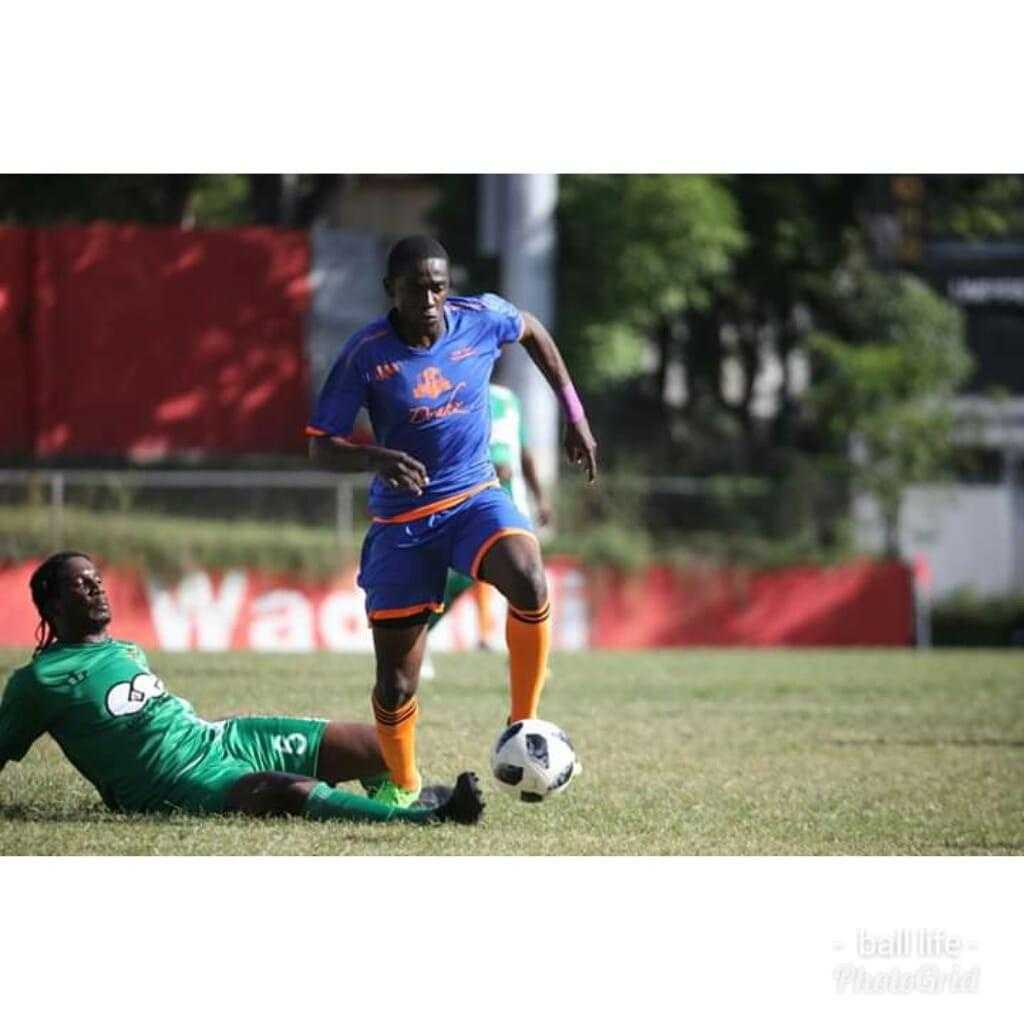 SportsWorld Magazine – A trio from Old Road Football Club – two-time champions of Antigua & Barbuda – is heading to Mexico for a three-month trial with the possibility of obtaining professional contracts with a second division team.

National team defender Jajuan Williams – who turns 20 next month, making his debut in the Qatar 2022 World Cup qualifiers in March – and 17-year-old midfielders Calique Simon and Blaivon James will tryout with Mineros FC Zimapán, a club based in a town and one of the 84 municipalities of Hidalgo in central-eastern Mexico.

Simon and James are due to leave on Monday, while Williams – subject to obtaining his Mexican visa – will travel soonest.

Old Road’s coach Chesley Browne said the opportunity for the players materialised through contacts made with the round-south club by a Mineros player, Antonio Christian, who wanted to ply his trade in Antigua three years ago.

Browne, who is also the physical education teacher at the Antigua Grammar School, said he asked Christian to provide opportunities for Antiguan players.

He said the trio has a golden chance to excel and to project Old Road forward.

“I’ve always believed that for our club to go forward, we have to (look after) our youths and the development of our players,” Browne told SportsWorld.

“I think this is a great opportunity for our players to showcase their talent abroad and it’s the way forward for Old Road to definitely get our players out, not only to Mexico, but also to colleges and universities.

“If we have a strong youth development and the players get to a good education it can only mean well for Old Road Football Club (and the community as a whole).

“To be honest, I was contacted by someone (Antonio Christian) in Mexico who always wanted to come to Antigua to play for Old Road FC. That didn’t materialize but we kept in touch.

“It has been about three years we have been in touch and he said he coaches in Mexico and I told him I am looking opportunities as well for my players.”

Brown said Williams “has been the most consistent defender we have (seen) in Antigua for the last two or three seasons in the Premier League.

“He’s still pretty young but he has marked his position in the Old Road team since age 17. He’s (now)part of the national senior team. He had his first game against the USVI in the World Cup qualifier recently.”

Browne had the privilege of working with Simon and James who recently graduated from the AGS and represented their alma mater in the schools’ league as well as the Old Road senior team. Simon plays with Young Lions, the sister club, in Antigua’s third tier domestic competition, but trains with the Old Road team.

“This is an opportunity for them basically. They are going to be part of a Second Division set-up, a Second Division team in Mexico. When I spoke to (Antonio), there will be opportunities for scouts to look at them. If they do well, they could probably get into the team as well.

“So, this could be an opportunity for these to get a professional contract in Mexico.”

Browne said other Antigua and Barbuda players can benefit from this arrangement.

“It’s not only for players from Old Road. Any young player who’s available and thinks that he’s good enough (would be welcomed).

“I think these (three) will have to set the bar, set the standard, and I think it will be the stepping stone, not only for Old Road but for Antigua … in terms of our players’ (abilities).