Jno-Baptiste to receive treatment at HMP 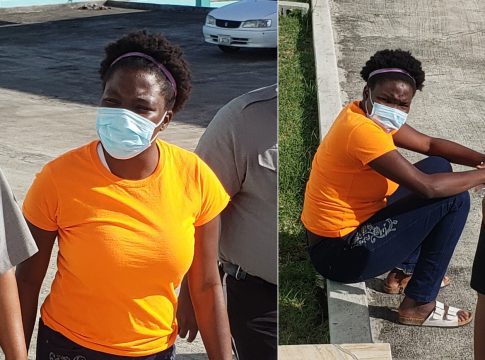 The woman who was discovered in the home of homicide victim Jane Finch last October will have to undergo psychiatric treatment at Her Majesty’s Prison.

In the All Saints Magistrate’s Court yesterday, a prosecutor informed Magistrate Ngaio Emanuel-Edwards that Brittany Jno-Baptiste will have to be treated while incarcerated at the prison since the Clarevue Psychiatric Hospital is filled and will not be able to accommodate her.

Jno-Baptiste was remanded and is scheduled to return to Court on 27th April, 2022, when the magistrate will be updated on the progress of the defendant’s treatment.

The 21-year-old is charged with burglarising the home of 66-year-old Jane Finch of Piccadilly with intent to commit a felony.

A psychiatrist concluded last month that the young woman was unfit to answer any charges against her because of her psychiatric disorder. He further recommended she undergo six months of treatment, after which, the case against her may be able to proceed once she responds to the treatment.

That evening, Jane Finch had made a desperate appeal for help on Facebook posting that a young woman was trying to break into her house by breaking the windows.

FInch was later found dead. An autopsy concluded that her death was as a result of head injuries she had sustained.

To date, no charges have been laid in Finch’s murder.