By Pointe Xpress On Feb 11, 2022
Share
Allan Dowdie of Clare Hall has become the country’s first homicide victim this year.
Join PointeXpress Newspaper Group
In a bizarre and seemingly unprovoked turn of events, Dowdie was standing under a shed outside the Clare Hall Secondary School when a male assailant approached and allegedly shot him.
Dowdie was in the habit of sitting under that vendors’ shed each afternoon.
The incident was particularly traumatic as students of the school were standing nearby when the incident occurred and were drenched in the victim’s blood in the aftermath of the shooting.
According to the Royal Police Force of Antigua and Barbuda, the incident occurred shortly after 4pm on Thursday. Dowdie was pronounced dead at teh scene by a medical doctor at 5:53pm..
Join PointeXpress Newspaper Group
Shortly after the incident, grizzly photos of the deceased man began circulating on social media. 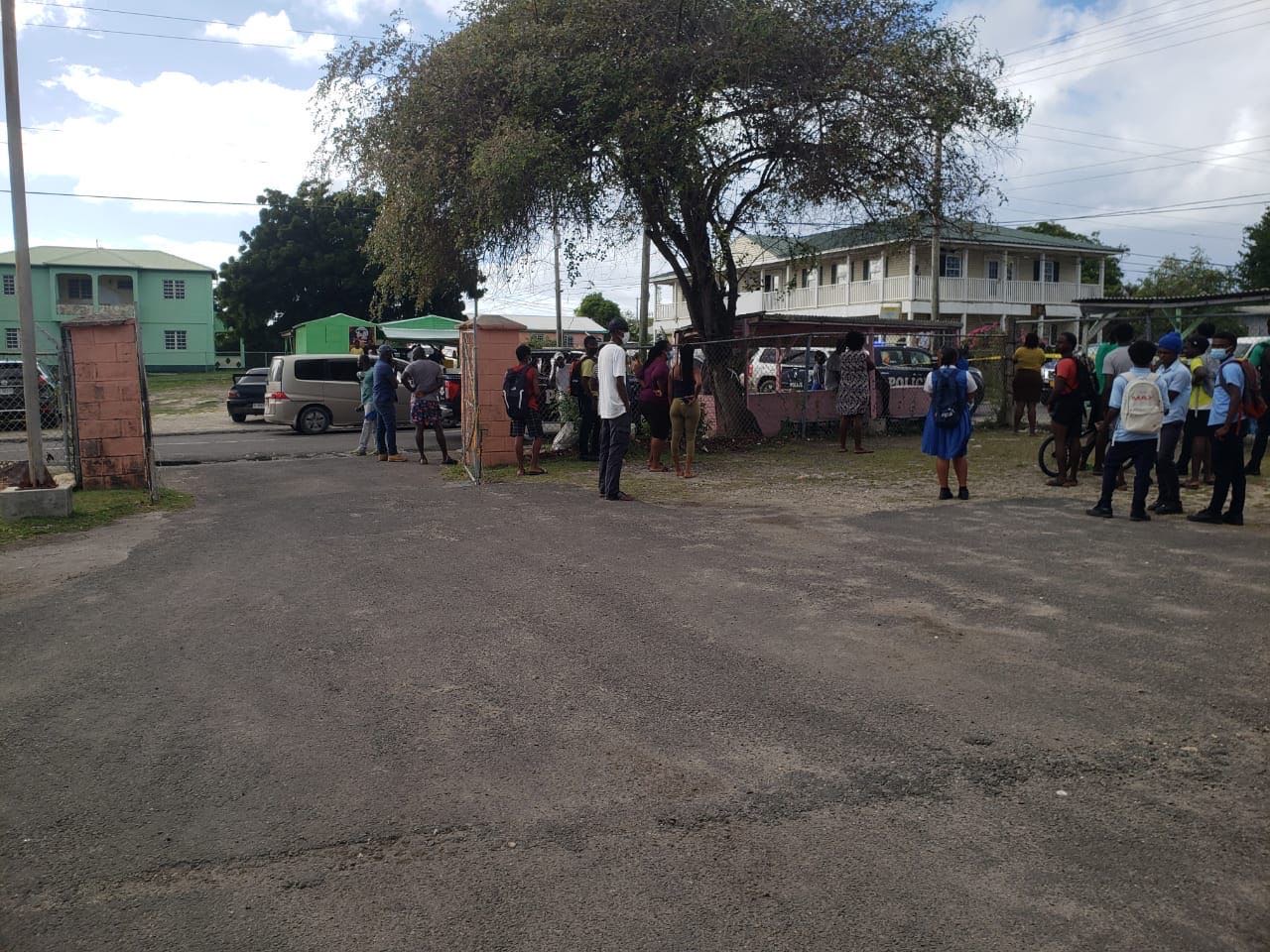 There was outcry by members of the family over the callousness of the recordings, which were taken moments after the shooting, as they had not yet been informed.
The graphic images of Dowdie’s body, captured by a self proclaimed “independent journalist” were not blurred.
Police have since issued an appeal to anyone with information to come forward and confidentially disclose. Calls are being fielded by the Criminal Investigation Department at 462-3913 or Crime Stoppers at 800-TIPS (8477).
Share FacebookTwitterGoogle+ReddItWhatsAppPinterestEmail

Jno-Baptiste to receive treatment at HMP