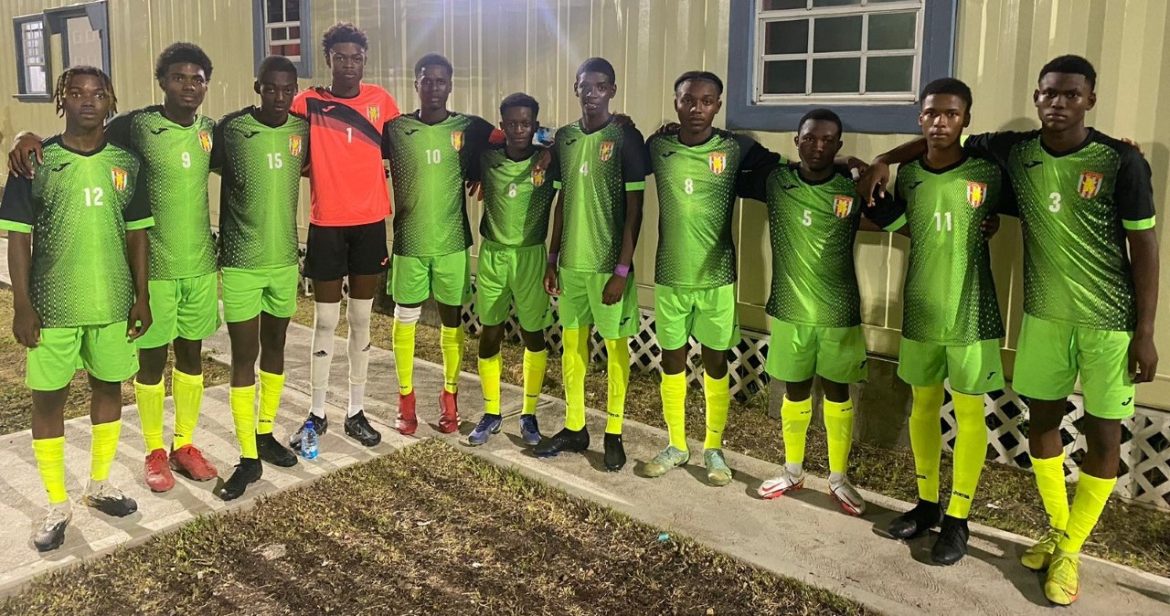 Villa Lions romped to a 5- 0 victory over Five Islands to move into third place in the Antigua and Barbuda Football Association’s (ABFA) Premier Division League on Sunday, 15th January.

Villa scored four goals late in the second half after Jaheim Ferron’s 18th minute conversion gave the Lions a 1 – 0 halftime lead in the first game of a triple header at the ABFA Technical Center.

Forward, Joshua Ferdinand, scored twice in four minutes with goals in the 81st and 84th minutes.

Striker Tejhano Jarvis completed Villa’s onslaught against Five Islands when he found the back of the net with a strike in the 90th minute.

Their fifth win in seven matches has lifted Villa Lions to join Jennings Grenades on 15 points, 3 points adrift of leaders, All Saints United.

Jennings Grenades, however, occupy second place ahead of Villa Lions by virtue of a superior goal difference.

Their sixth loss in seven appearances ensured Five Islands remained second from bottom of the standings on one point.

Shalon Knight scored a brace to give Swetes a 2 – 1 victory over Empire in Sunday’s feature match.

Knight scored on either side of halftime with goals in the 44th and 54th minute to give Swetes a 2 – 0 lead.

The result carried Swetes into fifth place on 14 points from seven outings while Empire’s fourth loss in six encounters left them in 12th position on six points.

Old Road and Pigotts Bullets fought to a goalless draw in the second match on Sunday.

The result lifted Old Road to fourth place, with 14 points from their seven matches, ahead of Swetes by virtue of a superior goal difference.

The result also allowed Pigotts Bullets to leapfrog Empire into 11th place by advancing to 7 points from six appearances.

Belmont will oppose Sea View Farm at Belmont at 4:30pm while CPTSA Wings will clash against Attacking Saints at the Clare Hall Secondary School playing field at 4:30pm.