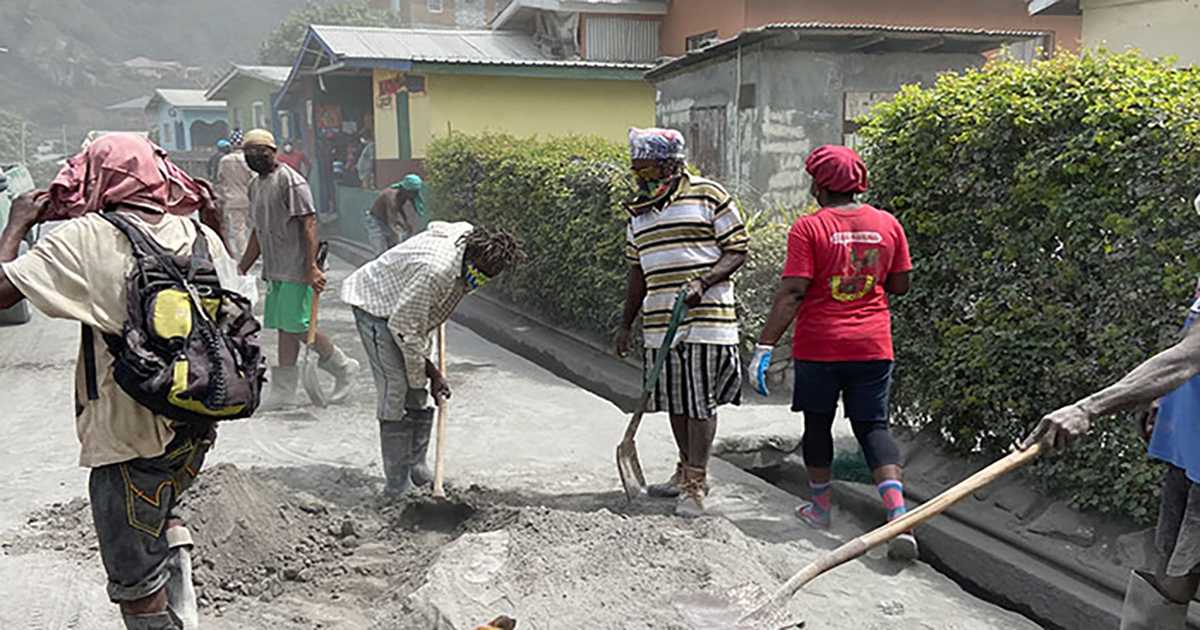 iWitnessNews – The United Nations, this week launched a US$29.2 million global funding appeal, aimed at raising funds to help St. Vincent and the Grenadines meet its immediate needs after the 9th April eruption of La Soufrière volcano.

“This is an effort to protect the most vulnerable people that have been displaced, or the affected people by this crisis in St. Vincent and the Grenadines and also the effect that this crisis is having in all their neighbouring countries,” Didier Trebucq, UN Resident Coordinator for Barbados told a UN press conference.

Trebucq told the virtual briefing, which was also attended by Prime Minister of St. Vincent and the Grenadines, Ralph Gonsalves, that the objective of the fund is “to scale up the humanitarian assistance and to initiate, as soon as possible, the recovery.”

He was speaking after touring the worst affected areas in the north east of St. Vincent along with Gonsalves, on Sunday.

Trebucq said that in some places, the volcanic ash was ten to fifteen inches deep and assessed some areas as “apocalyptic.”

“I really want to use this word apocalyptic and desolate,” he said, adding that many roofs have collapsed, including that of the school in Sandy Bay. 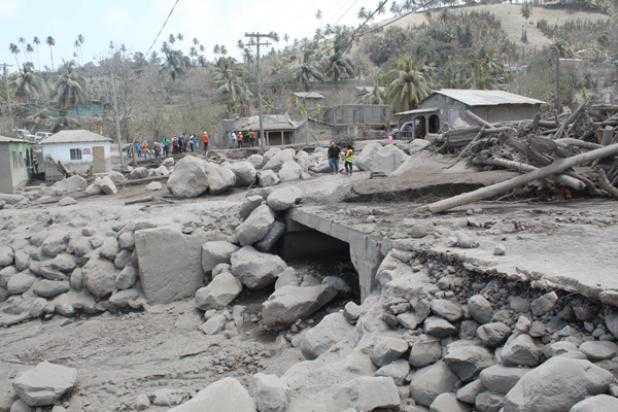 In the Red Zone, Vincentian villages have been severely impacted by the volcanic ash

He noted St. Vincent’s reliance on agriculture, adding that crops are all devastated in that part of the island and that animal husbandry has been affected “very, very heavily.”

“And this is going to have a critical impact on the economic sector, of course, of the island,” Trebucq said, adding that the impact of the eruption on thousands of people is really undeniable.

“… following this visit, I can only say that those images would really stay engraved in my memory for many, many years.”

He said that the UN has concluded that the immediate humanitarian needs are very critical for fifteen thousand people — around fifteen per cent of the population — who have been displaced.

“And those people have been evacuated from the northern areas of the island, which has higher indices of poverty, hence a greater degree of vulnerability,” he said.

The UN official, however, said that the vast majority of the population of the island has been affected as the people who did not evacuate are also hosting evacuees, thereby resulting in greater socioeconomic stress.