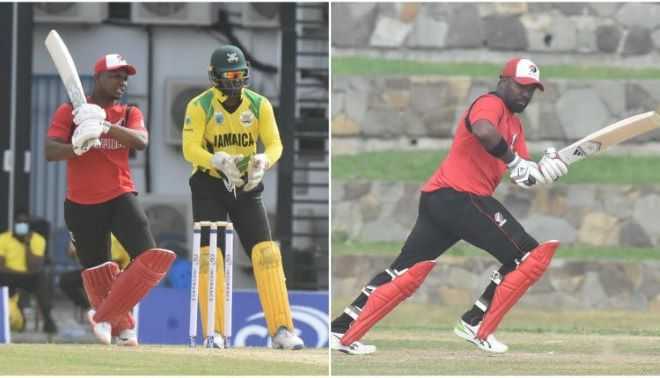 Trinidad and Tobago Red Force, led by better than a run-a-ball 107 by Evin Lewis, eased past Jamaica Scorpions with fifty-five balls to spare. The left-hander faced just ninety-two deliveries, cracking eight fours and seven sixes as the Red Force chased 258 for 6 made by the Scorpions. The two sides met on Thursday at the Sir Vivian Richards Cricket Stadium.

Lewis, looking to force his way back into the West Indies ODI team for the upcoming series against Sri Lanka, featured in a 112-run partnership with Jason Mohammed that laid the foundation for the Red Force’s chase, after Lendl Simmons fell for a duck to Sheldon Cotterell.

Darren Bravo was unbeaten on a run a ball 59 that included two fours and five sixes, while the exciting Nicolas Pooran added 43. Brandon King made 97 in the Jamaica Scorpions innings; however, Jamaica could only manage 103 runs from the last 17 overs on an excellent batting track.

On Wednesday at the Coolidge Ground Kacey Carty’s maiden List A century led the Leeward Hurricanes to victory over the Barbados Pride. Man-of-the-match Carty struck a superb unbeaten 123 that included nine fours and three sixes.

But it was Hayden Walsh Jr’s destructive innings that sealed the deal in the dying moments of the game. With an asking rate of close to fourteen runs per over, the man from Liberta hammered three massive sixes off Chemar Holder over to score twenty-eight off just nine balls, which kept the Hurricanes in the game.

Twenty-six runs were taken from the over and that positioned the Leewards on the path to victory chasing 302. After losing their first encounter to the Windward Volcanoes, the Hurricanes brought joy to their supporters and positioned themselves for a top four spot in the semifinals later this month.

Police officer dies in the line of duty