A standing ovation for India! 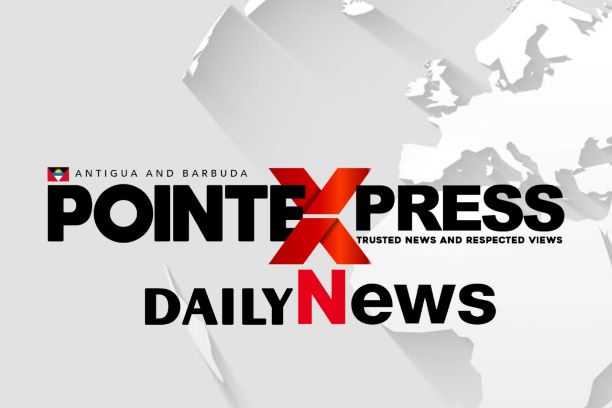 The previous two editorials published on Monday and Wednesday in PointeXpress expressed strong condemnation of and disappointment in the actions of Europe and North America in their attempts to hoard the world’s vaccines supply for themselves. The editorials were, we believe, critically appropriate and appropriately critical of the philosophy that White is Might is Right.

While the West is behaving in what is now to be considered par for the course, the government and people of India have demonstrated what can only be considered to be tremendous leadership, generosity, and the kind of humanitarian spirit that the world desperately needs. High praise and commendation ought to be given to the government of Prime Minister Narendra Modi and High Commissioner of India to the Caribbean, Dr. K.J. Srinivasa.

According to recent media reports, the Government of India will be making an initial donation of 500,000 doses of the Oxford-AstraZeneca vaccine to Guyana and several other Caribbean countries, with Antigua and Barbuda slated to receive 40,000 doses. The word ‘initial’ indicates that it is the intention of the Government of India to make further donations in the future. More than that, the Prime Minister Modi administration has indicated that all costs associated with shipping the vaccines to the Caribbean will be borne by his government.

What is striking about this timely intervention is that the it represents the polar opposite of what is being advanced by Europe and North America. Make no mistake, this gesture by the government and people of India is a seminal moment in geopolitics and international relations. India is rightfully asserting itself as an emerging leader, and this is what leaders do: they seek out those in need and help to save them from perishing.

If one were paying attention to history, this move by the government and people of India is not surprising. In many ways, India shares a common history with the English-speaking Caribbean, as they too were colonized by Britain. The government and people of that country understand the harm that colonialism has wreaked on its people and the peoples of other regions where the British dominated. It was the example of India to demand full independence from Britain that served as the model for the English-speaking Caribbean to follow. In that sense, India has always been a moral leader and an inspiration for the Caribbean.

Undoubtedly, India is a nation that views other nations as equals, no matter our size. Nowhere is that more clearly demonstrated than in the case of Antigua and Barbuda. Even though there exists an ongoing issue regarding one of its citizens implicated in certain improprieties, India has never sought to threaten or otherwise coerce this country to comply with its wish to have that person extradited. At all material times, the government of India has shown respect for our justice system and has acted accordingly. One can contrast this with the bullying tactics against the Caribbean and Latin America that is the modus operandi of Europe and North America.

Like in cricket, the government and people of India are proving to be a leader and an inspiration. It is little surprise that they have produced the likes of Bishan Bedi, Sunil Gavaskar, Sachin Tendulkar, Sourav Ganguly, Virenda Sehwag, and Virat Kohli, just to name a few. Just like the Indian Premier League (IPL) has provided jobs and hope for a better future for many international cricketers, the initiative by the government and people of India to provide vaccines free of cost to the Caribbean will provide the region with hope—hope for a better future, hope that the world will conquer COVID-19, hope that the vaccine Apartheid as practised by Europe and North America will not be permitted to prevail. Truly, by its actions, India is proving that, despite the rapacity of some, there are still those who are prepared to be their brothers’ keeper.

The government and people of India deserve a standing ovation!! Well done!!!