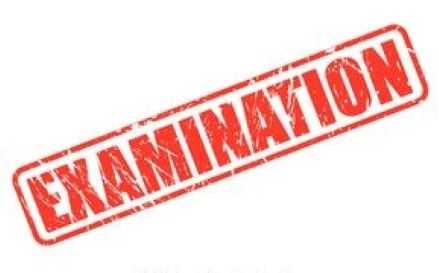 Last week’s record rainfall ought to serve as a valuable lesson for all of us in Antigua. Scores of families were displaced as a result of the flood which resulted in millions of dollars in damage to the island’s infrastructure and private and public properties.

What has been brought clearly into focus is the need for well thought out land use policies that are practiced and enforced without fear or favour.

The head of the National Office of Disaster Services (NODS), Philmore Mullin, has raised concerns about home construction in West Palm Beach, an area long known to be prone to flooding under the most moderate of rainfall.

West Palm Beach, however, is only one area in Antigua at risk of flooding.

Parts of Cassada Gardens, Piggotts, Old Runway and even in Grays Farm along the gutter are other high risk areas.

Our forefathers understood and had deep respect for the island’s natural waterways and avoided building near these areas. Although this knowledge was passed down, it appears that in recent times this information has either been lost or is ignored.

There has been an explosion of residential homes on or near natural water courses. While on the face of it this may appear to be without peril, especially taking into account Antigua’s long history of severe drought, events such as last week’s rainfall clearly demonstrate foolhardy and recklessness of this course of action.

Upon closer examination, several of these developments resulted from people illegally squatting on Crown lands or the unwitting purchase of land in flood-prone areas.

Last week’s two day freak storm that resulted in double digit rainfall caught everyone by surprise and it is now clear that the best technology and most skilled meteorologists cannot predict with absolute certainty when we will go back to another period of extended drought or experience unexpected rainfall.

Proponents of global warming say what is certain is that we will continue to experience more frequent and far more violent storms. If this is the case, then Antigua and Barbuda, must take immediate steps to minimise the damage to property and infrastructure caused by rain or strong winds.

Multi-sectoral collaboration is required to prepare the nation for any weather phenomenon that may come our way. The Development Control Authority (DCA), the Environmental Division, the Ministries of Agriculture, Public Works and Health must of necessity come together to devise a plan for the way forward. This cannot be left to chance as our resources are few and the demands quite large.

Our experience in Barbuda following Hurricane Irma tells us clearly that we do not have the resources to immediately rebuild following the devastation of a powerful storm. This leaves us ‘cap in hand’ at the door of donor countries and agencies seeking help to rebuild private and public infrastructure.

The Cabinet held an emergency meeting to discuss the losses suffered in Antigua last week. Even at this early stage of assessment, the cost to restore the nation after the flooding last week is estimated in the tens of millions. This will place additional stress on a government spread thin in respect of its financial resources as a result of its fight against the coronavirus.

Then there is the question of homeowners insurance. It is anticipated that many people who suffered losses in the storm may not have had insurance.

For those living in flood-prone areas who suffered damage to their homes, the tough question at the fore should be whether they ought to repair their present home or relocate to safer areas.

These discussions need to take place at the policy making level with affected homeowners. An appropriate area should be identified where these families can relocate to. This, however, will require a great deal of planning and resources, so above all else, it will require a thoughtful and human approach.

If the decision is that these homeowners should stay, then all the nation’s engineering talent should be deployed to devise strategies to mitigate against future losses. Building homes off the ground on pillars is one solution that could be explored. It may also involve diverting flood water.

One thing is certain –  the planning for future shocks caused by freak weather systems must begin now.

If we delay, it is inevitable that our inaction will be to our detriment!