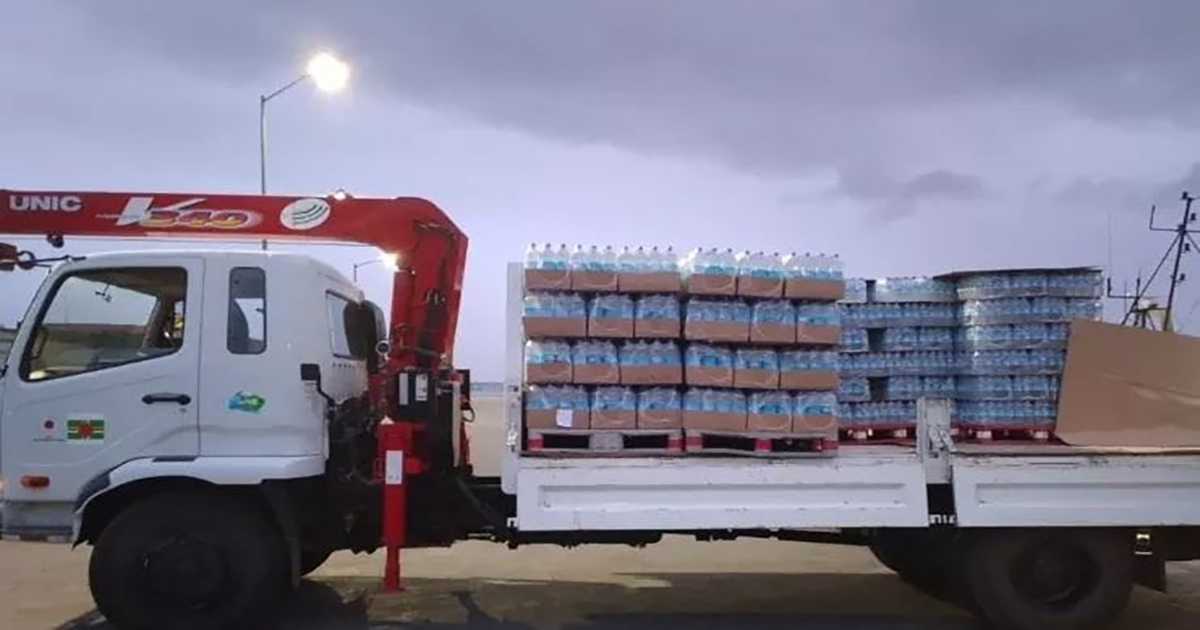 Amid a water crisis that is developing in the volcano-stricken island of St. Vincent, the Government of the Commonwealth of Dominica has shipped 14 pallets of bottled water (420 small cartons and 280 large cartons) to the neighbouring island.

Sent Monday on the vessel “Promise Kept”, the shipment was expected to arrive on Tuesday, April 13, 2021, and comes in the wake of calls from the Dr. Ralph Gonsalves-led government in St. Vincent as heavy ash fall from the La Soufriere volcano has created significant disruption to the regular water supply.

Just Tuesday morning about 6:30am on the 42nd anniversary of its last eruption, La Soufriere commemorated her anniversary with another explosive eruption.

On Saturday 10th April, St. Vincent’s Central Water and Sewage Authority said citizens should prepare for water rationing. Earlier this week they also announced that they were actively searching for new water sources, as the company has not been able to extract water from the rivers and, at present, only 15 percent of regular storage is available.

They’ve also said that water collected before the eruption is dwindling; and stated that a limited supply is now available in the green zone; however, 250 gallons will be released to communities on the island’s Windward side.

Speaking on the talk show the Heng Tuesday morning, Dominica’s Prime Minister Roosevelt Skerrit urged citizens to donate as much water as possible to the affected island.

According to Skerrit, “Our goal is to send them more water in the days ahead. Therefore if you would like to donate, we would prefer … if you do so by using cartons of both the small and bigger bottles.”

Drop off points include the Dominica Import and Export Agency (DEXIA) packing house in Longhouse Portsmouth and Goodwill Road, as well as the Office of Disaster Management (ODM) in Jimmit.

NEMO has also informed that standpipes are being erected in several communities on the western side of St. Vincent, bringing relief to thousands of residents.

While Grenada and Trinidad have shipments of bottled water en route to St Vincent, water is being delivered to communities across the island by trucks.