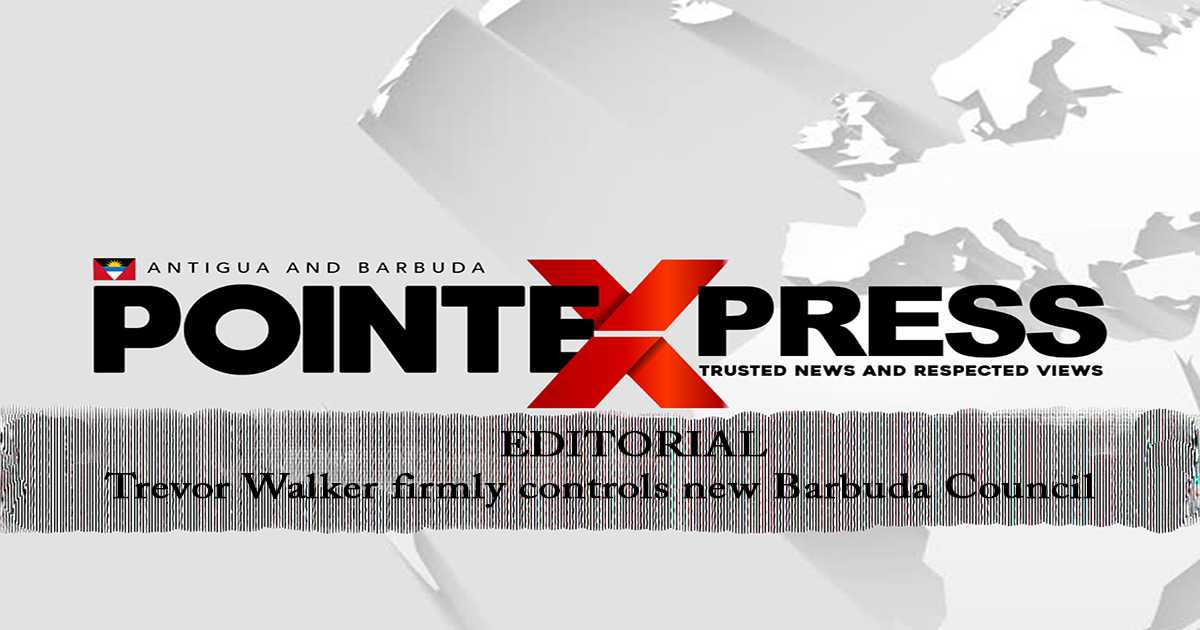 The Barbuda Council announced the names of a new chairman and the heads of the several committees responsible for the subject areas of concern for the sister isle.

Interestingly, there is a new Chairman of the Council: Jackie Frank, a member of the Frank dynasty in Barbuda. PointeXpress attempted to get some indication from Frank about her plans for Barbuda relative to the future of the island and other matters. We found it strange that she was unable to answer the questions right away, suggesting instead that she was ‘busy’ and asked that the questions be submitted in writing.

Even after this was done there was no response from Frank up to the time of the close of production of today’s paper. One got a sense that the new chairman needed to get ‘permission’ to speak with the media.

The most interesting thing about the new Council is the role of the representative, Trevor Walker, as part of the leadership of the body. Walker, as the representative, sits on the council in that capacity. However, for this Council he holds multiple positions. He is Deputy Chairman of the Council, head of the Finance Committee and Deputy Chairman of the Agriculture, Lands, Fisheries and Coastal Protection Committee.

It is therefore Trevor Walker’s Council without a doubt! There are reports that attempts to set up the Council immediately after the 29th March local government elections were postponed following internal wrangling among the Barbuda People’s Movement (BPM) councillors over the allocation of the committee chairmanships.

As it has now emerged, Walker holds the Council firmly in his grip. Any hopes of improved relations between the Council and the central government are likely to be dashed as such attempts have failed in the past.

The anti-development stance adopted by the BPM over generations is likely to continue as long as the Council remains on its present trajectory under Walker’s guidance.

For Walker and his team, control of the affairs of Barbuda is their raison d’être; it is their oxygen. They are fearful that should developments come to the island, providing good paying jobs and opportunities for personal and professional advancements for Barbudans, that this will erode their power-base over time. Hence the fierce opposition to development of any kind, even a new airport that will be able to accommodate jet aircraft.

It would have been understandable if the Barbuda Council had been able to articulate some vision for the island over these past several decades. Except for its position that Barbuda should be ‘stuck in time,’ there is no clear plan for the future of the island.

Seemingly, at Council and general elections time in Barbuda, the issue of lands raises its ugly head and it sucks up all the oxygen from debate on other issues of concern for the island.

Fully two-third of the working population on the island is employed by the Council and this may explain why elections on the island have become predictable in recent times.

Recently, Information Minister Melford Nicholas announced that the government will not be deterred from its commitment to advance Barbuda’s development. Improved standards of living for ordinary Barbudans that come from development is perhaps the only way that real change will come to Barbuda. Let us hope that is not too far away.