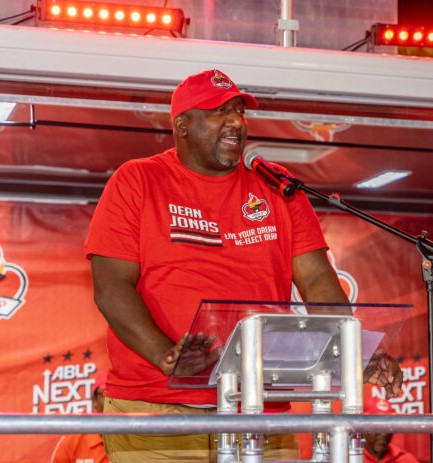 The younger brother of Algernon “Serpent” Watts, the United Progressive Party’s (UPP) candidate for St. George, delivered a crushing political blow to his sibling on Tuesday night when he gave a ringing endorsement to incumbent Dean Jonas.

Clad from head to toe in Dean Jonas’ campaign apparel at an Antigua Barbuda Labour Party political rally in Potters, Michael Calliste said while supporting his brother may seem like the natural option, he considered other factors when making his decision.

“My answer tonight is simply this to all of you who ask the question: I only vote for integrity, honesty, transparency and decency!

“Dean Jonas is a man who will do what he says, not make promises that he can’t keep.

“Dean Jonas has proven himself time and time again. I see no other choice for St. George but Dean Jonas!”