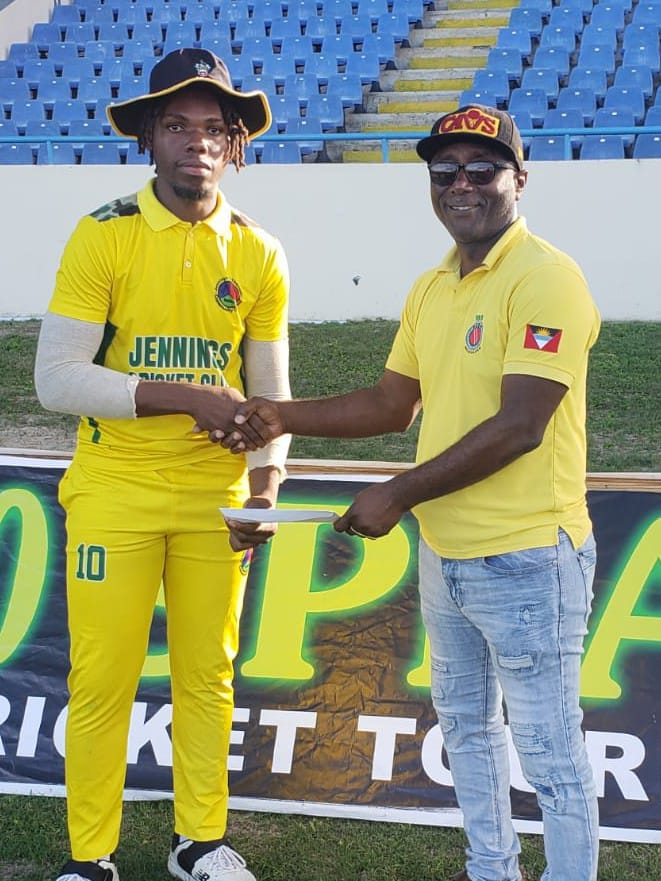 Jennings Tigers and Empire Nation recorded wins in Zone B of the Antigua and Barbuda Cricket Association’s (ABCA) 10 Splash Competition at the Sir Vivian Richards Cricket Stadium on Tuesday.

Paul Miller struck 33 off 21 balls with 2 fours and 2 sixes to guide Jennings Tigers to 90 for 7 off their 10 overs after winning the toss and electing to bat.

Captain D’hari Francis contributed 24 off 17 balls and Nicholas Tappin was not out on 17 off four balls.

Chasing 91 to win, Bethesda could only muster 45 for 8 off their allotted overs as the Golden Eagles tumbled to their first loss in two matches.

Empire Nation coasted to a nine wicket victory over Massy United Combined Schools to record their second win in as many matches.

Combined Schools only managed to reach 68 for 6 off their 10 overs after winning the toss and decided to take first strike.

Yanique Watley top scored with 23 off 19 balls and opener Shamar Pereira was not out on 15 off 20 balls.

Empire then secured victory by cruising to 72 for 1 with eight balls to spare as Combined Schools succumbed to their third loss in as many matches.

Williams Jr., who opened the innings, struck an unbeaten 34 off 25 balls with 3 fours and a six. He shared an unbroken second wicket partnership of 59 runs with Tariq Benjamin, who made a run-a-ball 23 not out.

The ABCA 10 Splash continues with two matches in Zone B on Thursday; Empire Nation will face All Saints Pythons at 2:30pm while Freetown will take on Bethesda Golden Eagles at 5:30pm.

In a Zone A double header on Friday, Rising Sun Spartans will challenge Bolans Blasters at 2:30 while New Winthorpes Lions will clash with PIC Insurance Liberta Black Hawks at 5:30 pm.