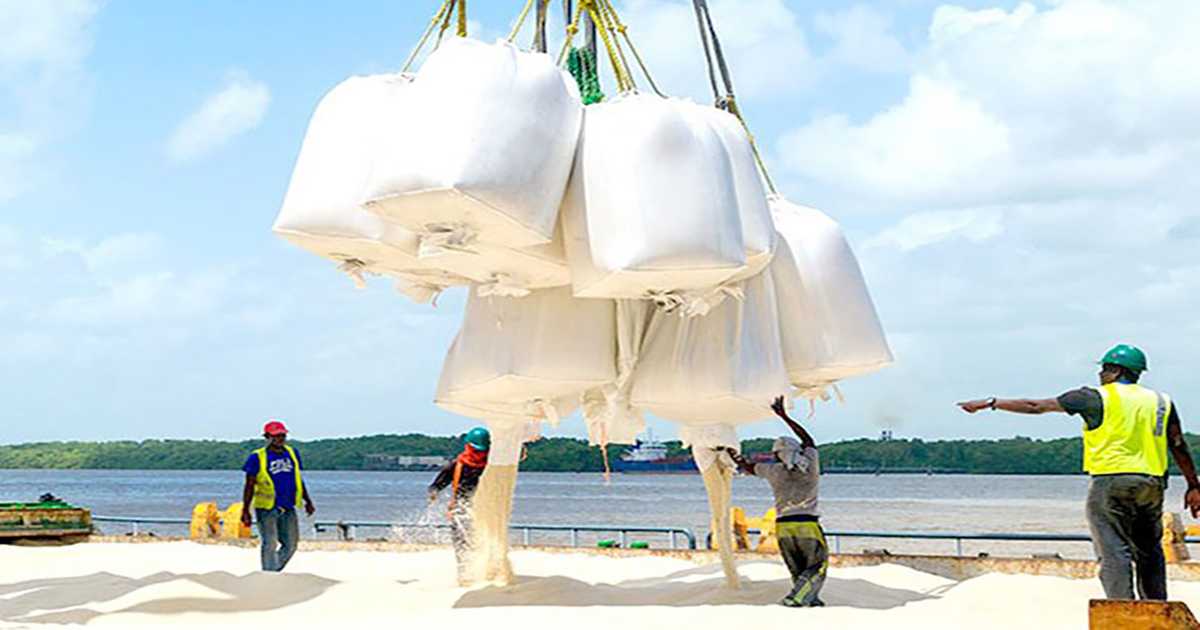 Guyana Chronicle – Even as harvesting continues across the country as part of the “first crop” of 2021, there has been no shortage of benefits from Guyana’s rice industry which has earned the country US$65.7 million (approximately G$14.1 billion) from the export of 154,457 tonnes of paddy, rice, and rice by-products, within the past four months.

Based on information shared with the Guyana Chronicle, the country, in April alone, earned US$33.5 million from the export of 79,670 tonnes of paddy, rice, and rice by-products.

Earnings for that month represent an increase of six percent in weight and 12 percent in value when calculated against the 75,360 tonnes of exports and earnings of US$30 million recorded in April 2020.

At the end of last year the sector raked in US$236.2 million from the exportation of 574,312 tonnes of paddy, rice, and rice by-products. During 2020 (January-December), Guyana exported rice and rice products to 40 countries. The major importing countries were Jamaica, Trinidad and Tobago, Belgium, Holland, France, Italy, Poland, Portugal, Spain, the United Kingdom, Colombia, Haiti, Honduras, and Venezuela.

At the time, Agriculture Minister Zulfikar Mustapha said he was confident that Guyana will attract new markets for rice exports as production yields climb. The minister was even quoted as saying that the government is seeking to establish new market opportunities and increase exports to existing markets.

“We are seeing more interest in other parts of Asia and Europe, so we are working on new markets and we will have new markets,” Minister Mustapha said, adding that the rice industry has always contributed significantly to the local economy.

In Guyana, rice is an important source of livelihood. Approximately 6,020 farmers produce rice in several regions throughout Guyana. There are 43 licensed rice millers and 22 registered exporters of rice. Rice accounts for 3.3 percent of Guyana’s total Gross Domestic Product (GDP) and 20.5 percent of agricultural GDP.

Considering the industry’s consistent performance, which is justified by the figures recorded within the past four months, it is safe to say that the prospects remain positive, moving forward. In fact, according to available information, production during the first crop, which is expected to end later this month/early next month, is on course to surpass that of the first crop of 2020, which was 535,517 tonnes.