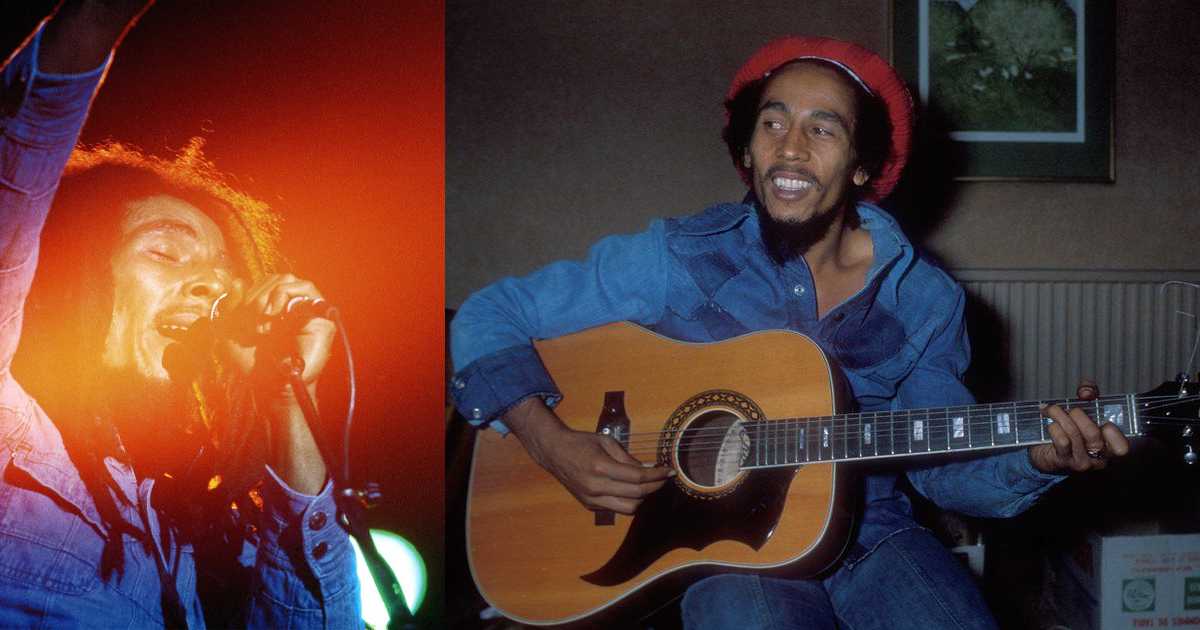 BBC World News – The musician is one of the most celebrated and recognised artists in music history, with hits including No Woman No Cry, One Love, and Redemption Song.

His hit Buffalo Soldier was the singer’s biggest in the UK, reaching number four in May 1983. The 1977 album Exodus was named Album of the Century by Time Magazine. 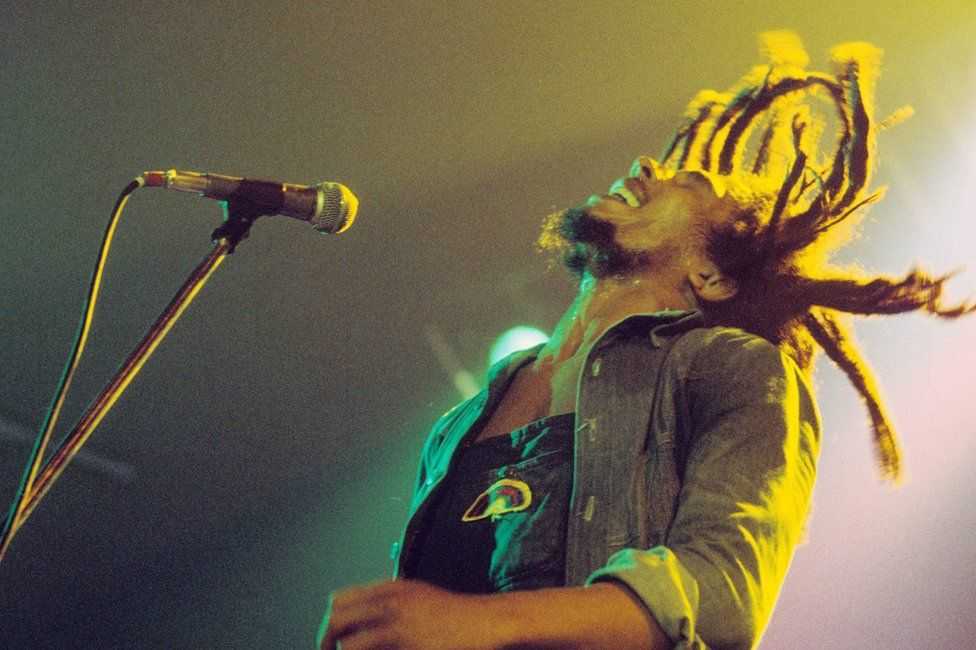 Bob Marley performs at Houtrust Hallen in The Hague, Netherlands, in 1977

Marley was born in 1945 to a white middle class father and a black mother, in Jamaica.

His childhood was spent in poverty and he had little contact with his father, a naval officer who worked for the British government. 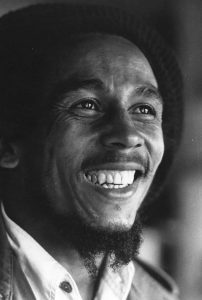 He left home at 14 years to pursue a music career in Kingston.

In 1972 Marley arrived in Britain with his band, The Wailers, to tour with Johnny Nash in the hope of launching his international career.

The following year, The Wailers released their album Catch a Fire and made their television debut on the BBC. The appearance made a big impact and gave them a wider audience outside of their traditional fan base. 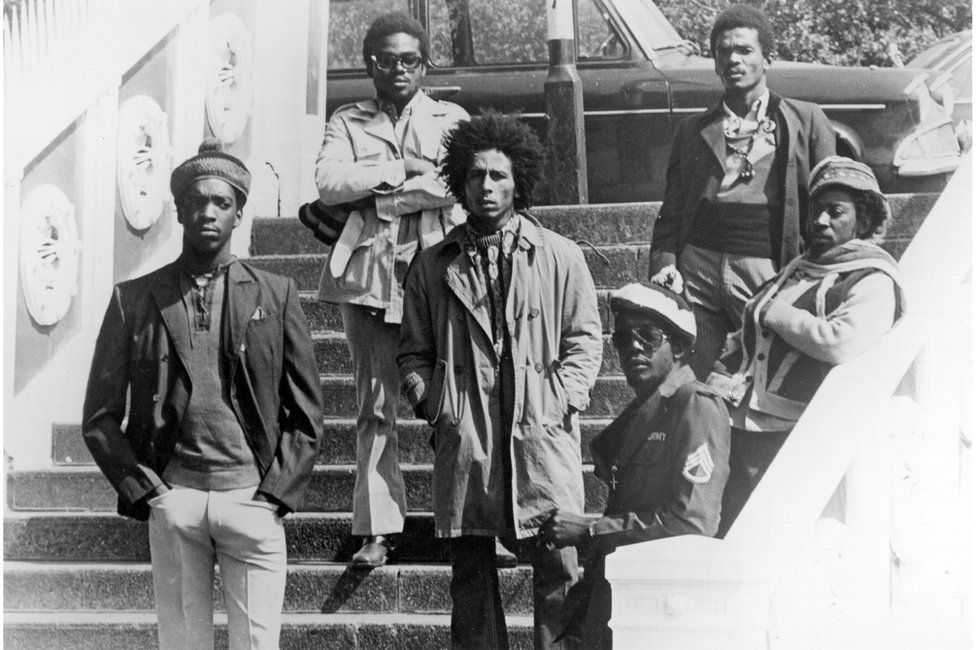 After another tour in 1975, a recording of No Woman No Cry live at The Lyceum, London, was released as a single and gave Marley his first UK hit. The singer entered the musical mainstream and became a household name.

Marley was known for his Rastafarian faith, along with his wife, Rita, with the religion reflected in his music. The singer was also passionate about football and known for having a kickabout in between studio sessions or before he went on stage.

“I love music before I love football,” he said in an interview in 1980. “Playing football and singing is dangerous because the football gets very violent. I sing about peace, love and all of that stuff, and something might happen y’know. If a man tackle you hard it bring feelings of war.”

Marley’s last live performance in the UK was on 13 July 1980 at New Bingley Hall, Stafford.

Marley died the following year as a result of acral lentiginous melanoma, which he had been diagnosed with in 1977. He was buried in his Jamaican birthplace of the village Nine Mile. 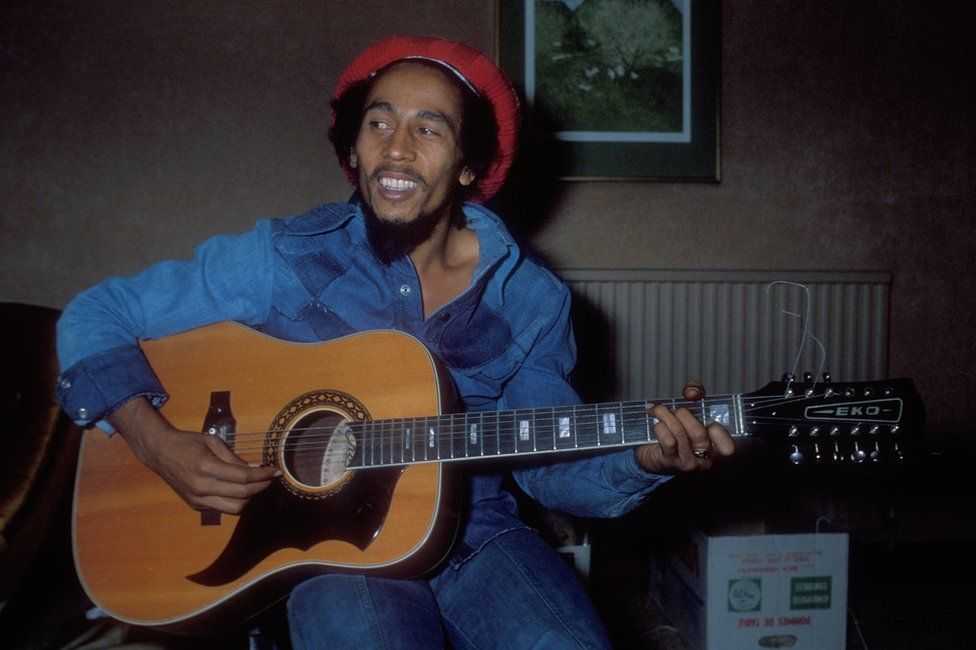 Bob Marley plays at a hotel in London in 1978 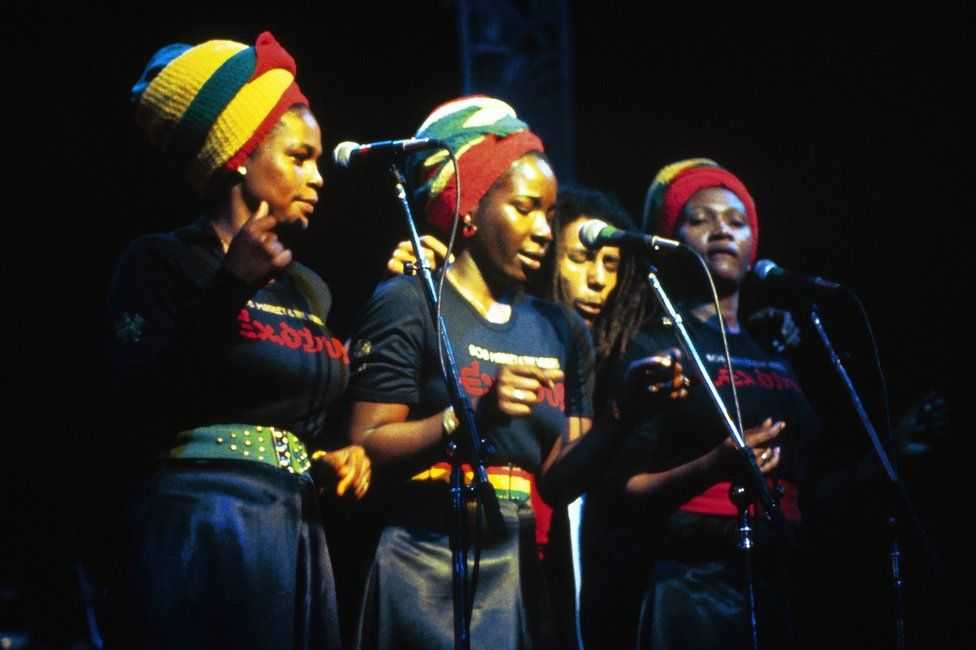 Bob Marley and the I-Threes (Judy Mowatt, Rita Marley and Marcia Griffiths) perform together at the Rainbow Theatre in London in 1977