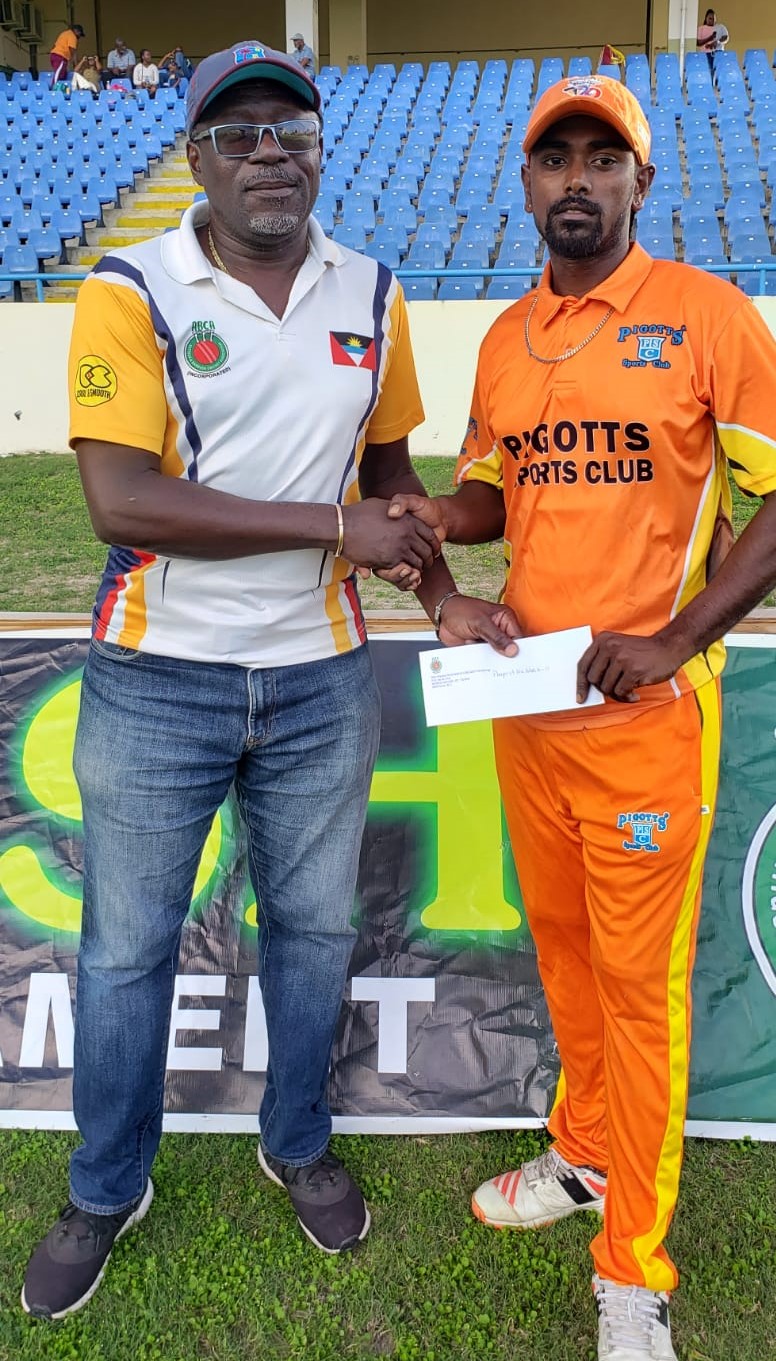 Rising Sun Spartans claimed their first win against Police while Pigotts Crushers rolled over the New Winthorpes Lions in the Antigua and Barbuda Cricket Association’s (ABCA) Zone A double header at the Sir Vivian Richards Cricket  Stadium on Monday.

After losing their opening encounter to Pigotts Crushers and having their second game against New Winthorpes Lions abandoned due to rain, Rising Sun Spartans rebounded to pull off a 16-run victory over Police in yesterday’s second game.

Rising Sun Spartans made 110 for 6 off their allotted 10 overs after being sent in to bat. Allrounder, Shane Burton, who opened the innings, slammed 43 off 20 balls with 4 fours and 3 sixes.

Burton shared a 47 run second wicket partnership with Owen Graham, who made 33 off 16 balls with 3 fours and 3 sixes. Burton also added 33 runs for the third wicket with captain Kerry Mentore, who chipped in with 16 off 13 balls.

Captain Derek Mourillon hit an unbeaten 30 off 18 balls with 3 sixes and a 4.

Opener Malique Gerald made 28 from 13 balls, fellow opening partner Jeron Jones made 21 off 21 balls and Moore was not out on 12.

It was the first loss in three outings for Police.

Opener Essan Warner struck 42 off 30 balls with 4 fours and 2 sixes to guide Pigotts Crushers to 109 for 3 off their 10 overs after being sent in to bat.

Demari Benta was not out on 17 off 8 balls. Opener Kadeem Henry also made 17 off six balls and Jewel Andrew chipped in 10.

In reply, Vishal Gobin snapped up three wickets for 14 runs as New Winthorpes Lions were restricted to 69 for 5 off their 10 overs.

Opener Jermaine Otto topscored with 20 off 27 balls while Barthlette Henry and Hilroy Andrew Jr. each made 10.

It was the first loss in two outings for New Winthorpes Lions after their opening game against Rising Sun Spartans was abandoned due to rain last Saturday.

The ABCA 10 Splash will continue at the Sir Vivian Richards Cricket Stadium with a Zone A double header tomorrow.