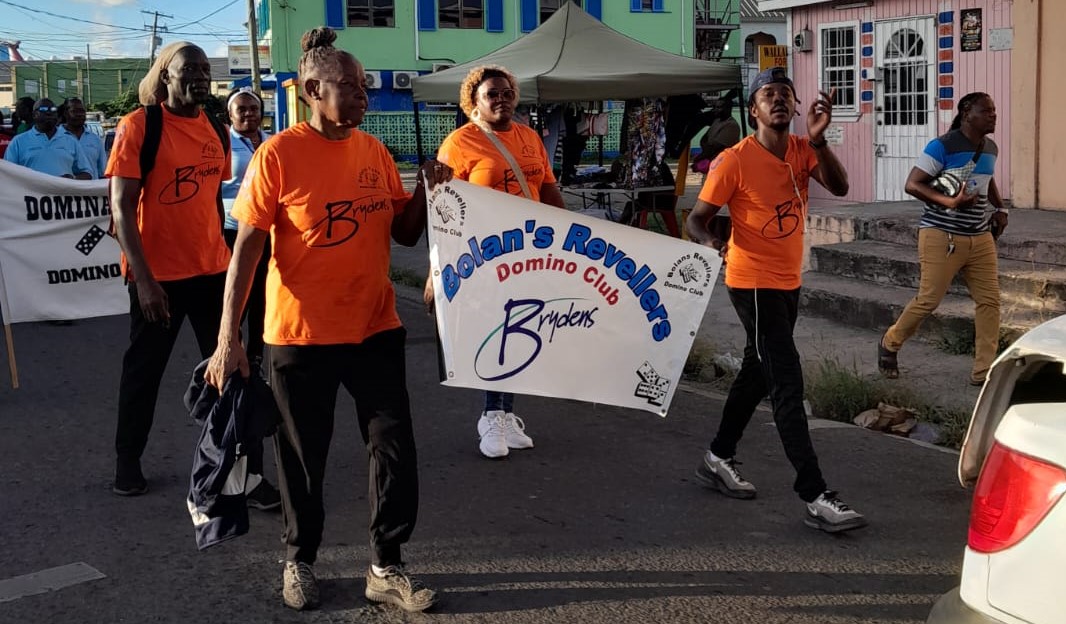 The 2023 domestic season of the Antigua and Barbuda National Domino Association (ABNDA) got underway with a march past and opening ceremony on Saturday, 21st January.

The opening coincided with a Pullarama competition in which 42 players participated. The Pullarama was won by Dale Henry of Double Six.

The 2022 season came to an end with a four-hand competition which was won by Dominatrixx.

The battle for supremacy in the new 2023 season will begin with the start of a Three-Hand League at the ABNDA headquarters tomorrow.

The league will be conducted utilising a format of three points for match winners, two points for runners-up and one point for the third place finishers.

The Three-Hand League will run for ten weeks and is expected to conclude in July, just before team Antigua and Barbuda departs for Guyana to contest the 2023 World Domino Tournament in August.