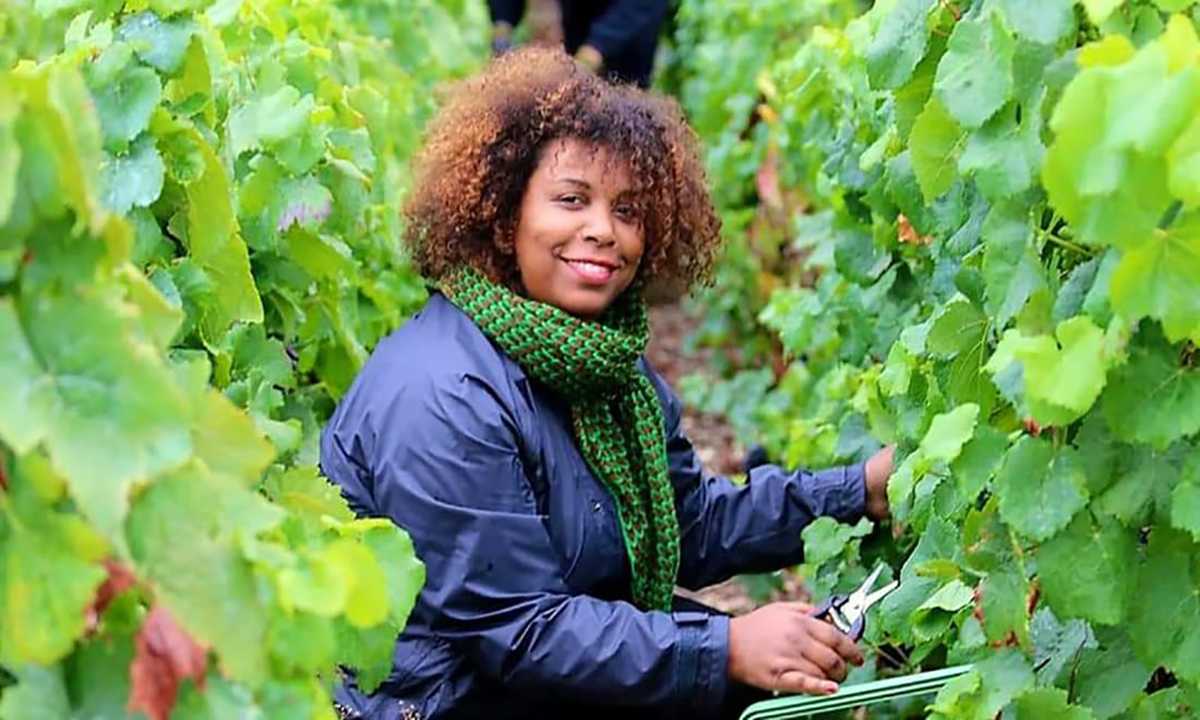 A region in the north of France roughly twice the size of San Francisco is the birthplace of a revered sparkling wine synonymous with wealth, luxury and exclusivity.

Champagne – the name of the region and the drink – sells around three hundred million bottles a year, with the industry being worth over five billion dollars. And no bottle of sparkling wine produced outside of this unique region is allowed to be labeled or called Champagne.

But one woman is bringing a taste of the French Caribbean to this world of elites.

Marie-Ines Romelle, forty-two years old, with her label Marie Césaire is infusing it with the culture of her native Guadeloupe as the first Black woman to join the exclusive world of Champagne producers.

The special ingredient in Marie Césaire’s champagne is sugar cane, a crop commonly found in the Caribbean.

Instead of opting for the beet sugar traditionally used in the Champagne-making process, Romelle adds sugar cane extract to create flavours that will appeal to the African diaspora.

Aromas of lychee and rose

According to Stanley Baptista, sommelier at La Petite Régalade restaurant in Paris, Romelle’s decision to use sugar cane in proportions higher than the current market average makes her flavours distinctive from other brands.

“Her rosé lines the taste buds with a bouquet of red fruit with aromas of lychee and rose. Her whites are very fresh, with notes of ripe white fruit and exotic fruit extract. Her wines produce a contrast between freshness and a sweet taste which delights the senses,” Baptista says.

Born in Guadeloupe, Romelle left the Caribbean island for France with her parents at three years old. She grew up in the suburbs of Paris where she says she gained her strength.

“I was thrust into a difficult environment because of poverty. But it helped me learn drive, it taught me to have ambition and to strive to improve my situation,” she tells CNN.

The brand is named after Romelle’s parents, as well as being a nod to her Caribbean heritage. The logo carries the image of a hummingbird and the names Marie and Césaire, among the most popular in the French Caribbean.

Romelle’s love for Champagne developed when she began her career in food retail.

“When I turned eighteen I got a job in a shop that specialized in selling French delicacies. I hadn’t been exposed as much to French culture. But the time I spent there was where I fell in love with Champagne and understood its importance to France.”

Marcia Jones, founder of Urban Connoisseurs – an organization connecting Black winemakers in the United States – says that Romelle has created an approachable wine that can appeal to all people.

“The residual sugar from the sugar cane makes a difference to her wines. Her wines come across as soft and not overly sweet,” Jones tells CNN.

“But I think she appeals so much to Black people because she is one of the only Black Champagne makers. There are others that have a brand but she is directly involved in the grape to glass experience.”

Romelle’s main goal with her Champagne brand is to be a source of inspiration to anyone who wants to achieve their dreams.” I want to prove to people that no matter your background or where you come from you can achieve. If you focus on what you want, you can do anything you put your mind to,” Romelle tells CNN.

After years of moving up the ladder to become a manager in charge of five food shops and sixty-six employees, she moved to the Champagne region of France to launch her brand.

And Romelle is determined that she will not be the only woman of colour in the Champagne world. 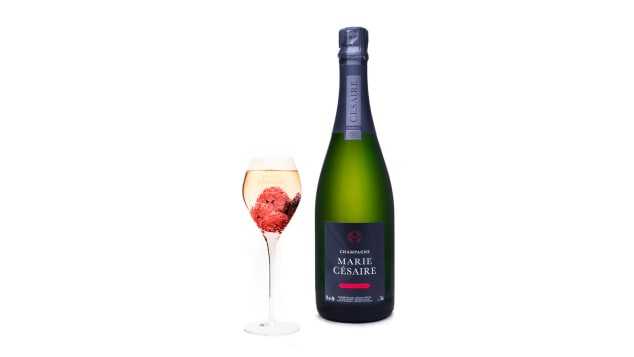 “I will know when I have made it when I will not be noticed, when I am not seen as the woman of colour making Champagne but simply a Champagne producer.”

“I am working as hard as I can to ensure that doors of opportunity open for anyone who wants to work in this industry. The main reason I work so hard is so that others can achieve like I have.”

But restauranteur Maxime Chenet believes that brands like Marie Césaire need to move away from the traditional approach of making wine to become greener.

“For many years, we have used chemicals to grow more grapes to produce more bottles of wine. The use of these products has had the effect of tainting the soil where we grow our grapes,” he tells CNN.

“The Champagne house which produces Marie Césaire is traditional in the sense that chemicals are used in the vine-growing process. For me, this removes the notion of terroir – protecting the complete natural environment in which a particular wine is produced – which is lost in this process.”

But for Stanley Baptista, the chatter around Marie Césaire is a sign that the brand will have a bright future.

“Our profession is one that is constantly evolving. We are always searching for innovation, new flavours and deeper knowledge,” he tells CNN.

“Inevitably Marie Césaire – a young brand – has got the world of Champagne watching because of the beautiful but different flavours that she has forced us to discover.”