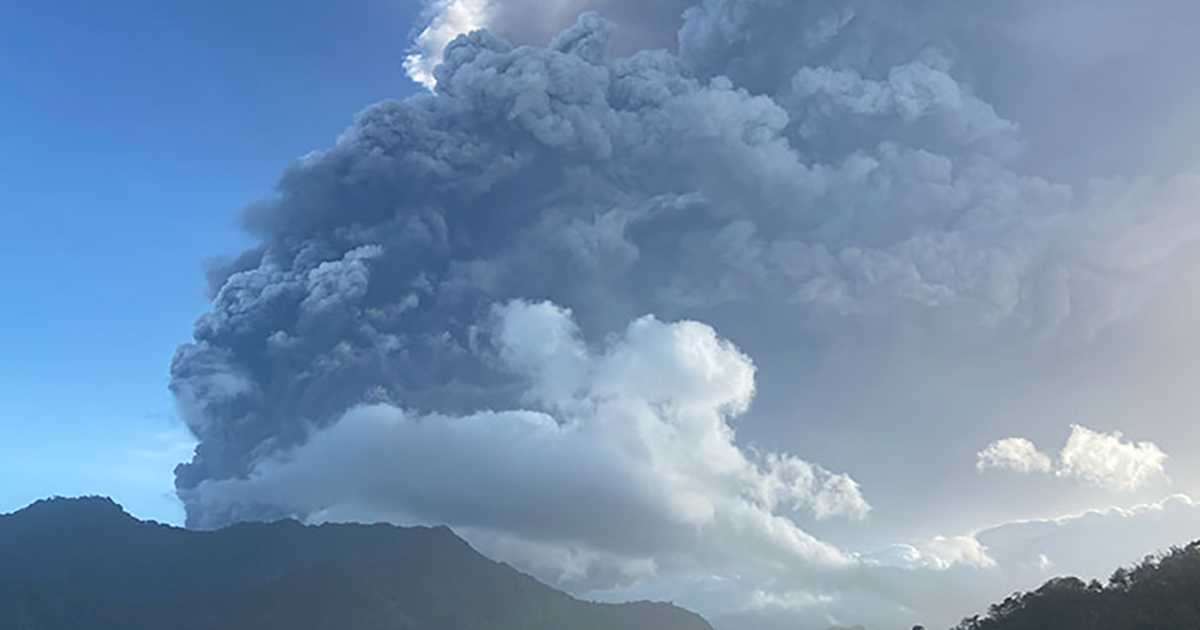 KINGSTOWN, St. Vincent (CMC) —The La Soufriere volcano erupted on Tuesday, 42 years to the day as it signaled the anniversary with another explosive episode.

The Seismic Research Centre (SRC) of the St. Augustine campus of the University of the West Indies (UWI) reported that the eruption began at 6:30 a.m. (local time) “and still continues at the time of this post.

“We continue to monitor and update accordingly,” the SRC said, warning, “the volcano is at Alert Level Red”.

It said seismic activity is continuing along the pattern established on Monday with short bands of continuous seismic tremor interspersed with long-period earthquakes.

“The volcano continues to erupt explosively and has now begun to generate pyroclastic density currents — hot (200°C – 700°C), ground-hugging flows of ash and debris. Explosions and accompanying ash fall, of similar or larger magnitude, are likely to continue to occur over the next few days impacting St. Vincent and neighbouring islands,” the SRC added.

The volcano hadn’t erupted since 1979 and La Soufriere has a history of deadly eruptions. Records show that in 1902 the volcano erupted for nearly eight months.