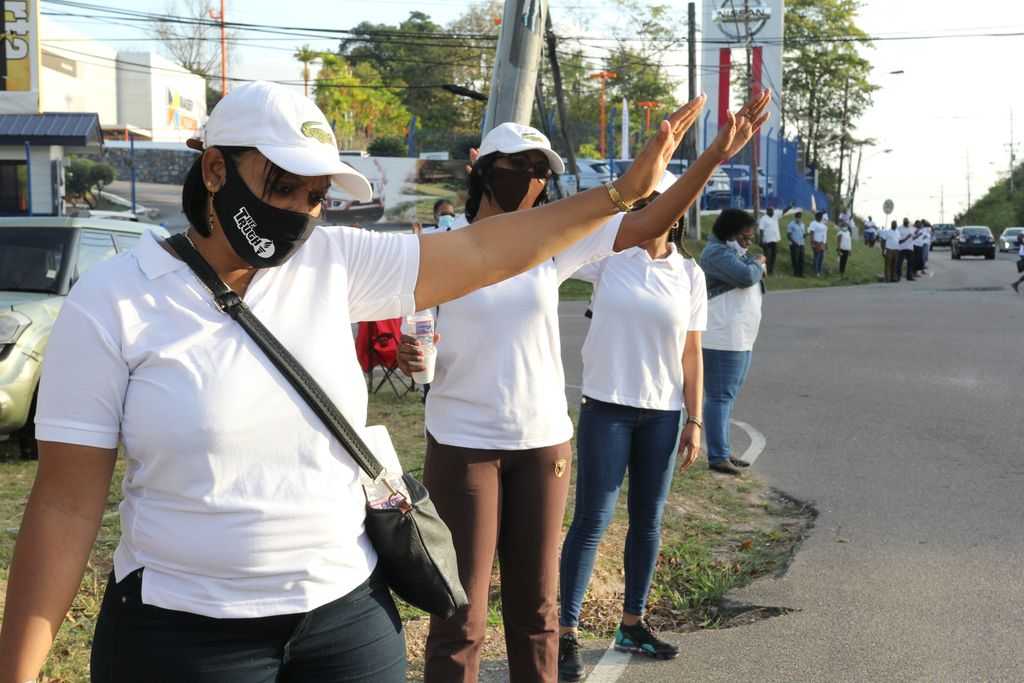 (Trinidad Guardian): Hundreds of persons lined the Lady Young Road in Morvant as the Open Bible Standard Churches of T&T hosted a silent vigil for the victims of gender-based violence, yesterday. The event, entitled “Enough is Enough,” saw different church groups take up strategic positions along the popular roadway from around 4:00 p.m.

Dressed in white and holding candles and posters bearing the names of hundreds of victims, the groups waited as a music truck blaring gospel music made its way along the route. The truck and a bus filled with dancers stopped at each location to allow different pastors to deliver prayers on different national issues related to crime.

Religious leaders who participated in the event were heard praying for justice for victims as well as for guidance for members of the protective services, the Government, and the Judiciary.

Although the event attracted persons from a wide range of ages, the elderly and children were clearly in the majority. One of the largest groups along the route was camped at the popular Lady Young Lookout and was joined by the relatives of Ashanti Riley, the eighteen-year-old whose abduction and murder in December, last year, caused massive public outrage.

The vigil, which was held in conjunction with Is There Not A Cause (ITNAC), Operation Salvation, and the Morvant Open Bible Standard Church (Church on the Rock) eventually ended at the Queen’s Park Savannah after 6:00 p.m.