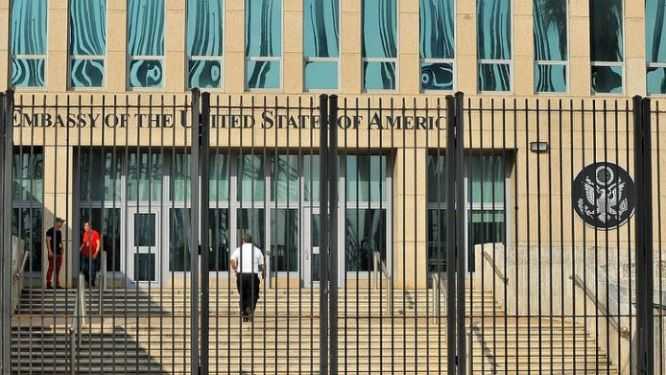 (BBC) – Mystery illness suffered by US diplomats in Cuba was most likely caused by directed microwave radiation, a US government report has found.

The report by the National Academies of Sciences does not attribute blame for the directed energy waves, but it said research into the effects of pulsed radio frequency energy was carried out by the Soviet Union more than 50 years ago.

The illnesses first affected people at the US embassy in Havana in 2016-17.

Staff and some of their relatives complained of symptoms ranging from dizziness, loss of balance, hearing loss, anxiety and something they described as “cognitive fog”. It became known as “Havana syndrome”.

The US accused Cuba of carrying out “sonic attacks”, which it strongly denied, and the incident led to increased tension between the two nations.

A 2019 US academic study found “brain abnormalities” in the diplomats who had fallen ill, but Cuba dismissed the report.

Canada also cut its embassy staff in Cuba after at least 14 of its citizens reported similar symptoms.

The latest study was carried out by a team of medical and scientific experts who examined the symptoms of about 40 government employees.

Many have suffered long standing and debilitating effects, the report said.

Towns: “ I have lost seven family members to coronavirus”