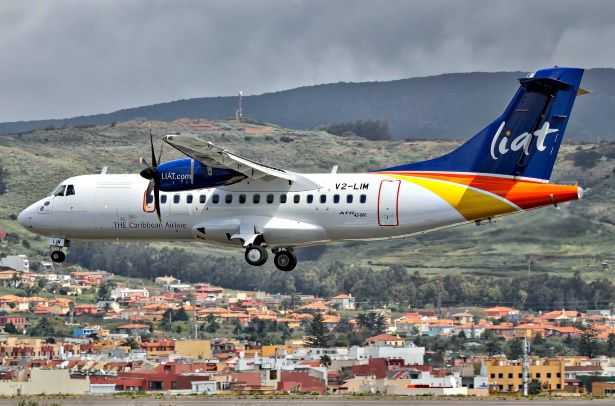 ST. JOHN’S, Antigua,(CMC) – The Antigua-based regional airline, LIAT, on Saturday said it has been forced to suspend services to two of its previously announced destinations while it awaits the approval from the relevant authorities in Barbados and St. Vincent and the Grenadines, two former shareholder governments of the financially strapped airline.

LIAT, which is now under Administration, had late last month announced the resumption of flights five days a week to seven destinations across its network.

The seven destinations are Antigua, Barbados, Dominica, Grenada, St Lucia, St. Kitts, and St. Vincent. LIAT said that the limited schedule of flights will return connectivity to these destinations which were impacted by the airline’s suspension of commercial services in March due to financial problems and the coronavirus pandemic that forced many Caribbean countries to shut down their borders.

LIAT said prior to its suspension of services, it had been operating to Barbados and St Vincent and the Grenadines “on valid flight approvals which have not expired,” adding “ LIAT operated a scheduled flight to Barbados on Monday 30th November.

It said passengers whose flights have been affected are asked to contact the LIAT Reservations Call Centre for assistance.

“LIAT will waive all change fees for these passengers due to the inconvenience these cancellations may have caused. The airline will continue to work with the relevant authorities to finalise all new required arrangements so that connectivity between the destinations of the Caribbean can be maintained.”

LIAT said that it expects to continue the addition of other destinations to which it will operate a limited schedule of flights, adding it has completed the training requirements and made all necessary arrangements to receive the approval for flights to these destinations.

“As part of the restructuring exercise, LIAT remains committed to the resumption of its limited flight schedule with the ongoing support of the government of Antigua and Barbuda,” the airline added.

Prior to its collapse, LIAT, which owes creditors an estimated EC$100 million, flew to 21 destinations, operating an average of 112 daily flights within a complex network combining profitable and uneconomic routes.

Towns: “ I have lost seven family members to coronavirus”