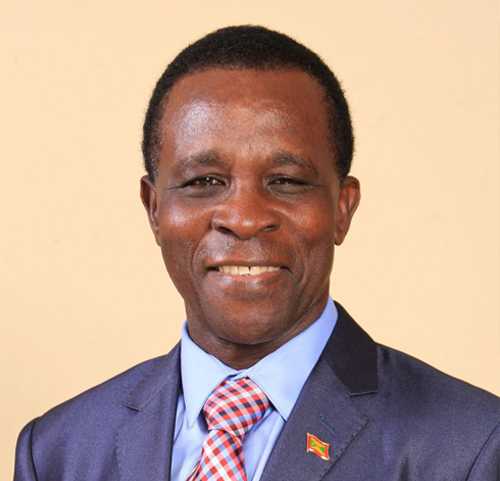 Dr. Mitchell, accompanied by his Barbadian counterpart, Prime Minister Mia Mottley, along with representatives from the CARICOM Secretariat and the Caribbean Telecommunications Union, met recently with representatives of Digicel and Cable & Wireless to discuss the issue.

The removal of roaming rates was identified as an action for CARICOM Heads of Government some years ago. However, progress on the initiative has been quite slow.

Dr. Mitchell, who has lead responsibility in the CARICOM Quasi-Cabinet for Science and Technology, including Information and Communications, is now reviving that effort and seeking quick agreement on the initiative.

He told those in attendance, “I want to indicate that there is a desire, given the history of discussions on this topic, to expedite negotiations and conclude within the shortest possible time, ideally in three months or less, with a view to implementing before the end of 2021. I believe if we can do this, all of us will benefit – the service providers will not lose and the region as a whole will feel better about what we are doing at this important level.”

The Prime Minister’s proposal is to create a “roam-like-at-home” arrangement, similar to what the European Union has done, and eliminate roaming charges on voice, data and SMS messages. This arrangement is intended only for CARICOM citizens and will not include international visitors.

With CARICOM working towards the creation of a Single ICT Space, the removal of roaming charges is seen as key to reducing inefficiencies, lowering costs and increasing productivity as part of the digital transformative initiative.

The Prime Minister articulated that the initiative has the full backing of all CARICOM heads, citing what he called “strong political support across the entire region.” He noted, too, that the removal of roaming charges will send a strong signal to Caribbean nationals that leaders are committed to ensuring cost-effective access to the internet, while at the same time fostering the process of regional integration.

Prime Minister Mottley, in supporting this push for removing roaming charges, said: “It is one of the key pillars we see at this time to unleash growth.” She referenced the widespread impact of the COVID-19 pandemic, which has significantly reversed the growth of many countries and spoke of the need to leapfrog development. She said, “The only way to do that is through the opportunity for digital connectivity beyond the Caribbean region and integrating into the world economy.”

The Barbadian leader, like her Grenadian counterpart, is confident that the “roam-like-at-home” arrangement will allow Caribbean nationals to realise the true desire of a single Caribbean space, since high costs serve to restrict communications and limit economic activity.

She said the pandemic and the increased reliance on telecommunications clearly illustrate why this conversation is absolutely imperative at this time.

The representatives from both Cable and Wireless and Digicel have expressed a willingness to work with CARICOM in considering the removal of roaming charges and create a “win-win partnership”. Although they noted that there are many other issues to discuss apart from roaming, there were assurances that these will not delay talks on the substantive issue.

Prime Minister Mitchell is keen to see negotiations begin within two weeks, now that there has been a high-level commitment from both companies and from CARICOM to pursue this initiative, and the companies have agreed to set a meeting date for the technical teams to begin discussions.