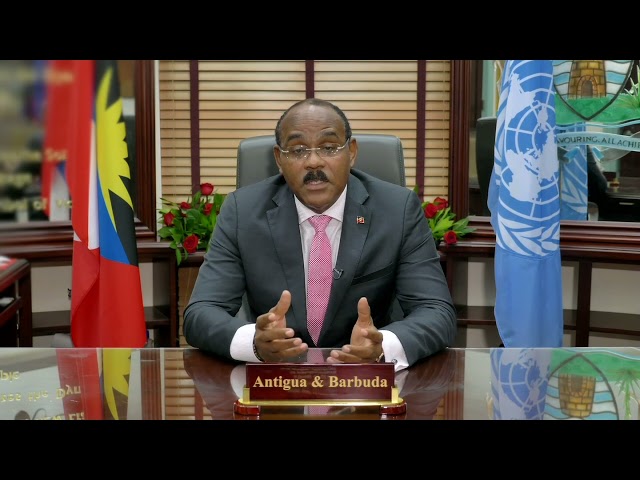 The government will institutionalise quarterly meetings with leaders in the banking community, a move which Prime Minister Gaston Browne has said is intended to strengthen communication and monitor the sector’s operations.

According to Browne, these meetings will ensure that banks are meeting all the industry’s standards.

“We have a situation where some seventy percent of the bank assets are controlled by local banks and we don’t want a situation where there’s any hint of mismanagement and next thing is we have another bank failure. These banks are so big now, they are too big to fail,” he remarked.

He said the government is providing “proactive leadership” and management by engaging banks to ensure that any gaps in their operation can be addressed.

The country’s finance minister further reported that in a recent meeting with senior bankers, a number of concerts were raised, including the quality of service that is being offered to customers.

“I asked them to step up and to cease this type of contemptuous service that they have been offering to their customers. They have assured me that this matter will be addressed in due course,” he added.

The prime minister added that banks need to be “more assertive” in their lending policies and noted that the current rates of credit are insufficient enough to finance robust growth.

“In some years we have seen contraction in credit rather than an increase and during my recent meeting I reminded the bankers that their role is one of intermediation, to facilitate credit, to be responsive, to offer their customers a good rate of interest and to take more risk,” he advised.

While he accepts that banks must establish responsible practices, Browne said small and medium size businesses are faced with far too many hurdles when trying to secure loans to fund their operations.