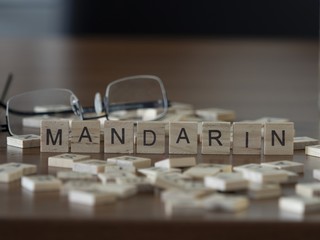 Persons living in Antigua and Barbuda who are interested in teaching Mandarin as a foreign language in schools are being encouraged to apply to the Ministry of Education and Sports.

Director of Education, Clare Browne, made the call last Thursday during the presentation of the report on Antigua and Barbuda’s 2022 Caribbean Secondary Education Certificate (CSEC) results.

“Several persons here in Antigua and Barbuda would have studied in China…and if they are interested in offering themselves to be a teacher of Mandarin in any of the schools, feel free to apply. We would love to take Mandarin to other schools,” Browne said.

At present, the only Mandarin programme offered in the public school system takes place at the Sir Novelle Richards Academy where its introduction was piloted.

Due to the lack of Mandarin teachers, however, this subject has not been expanded to other schools. This, in part, is due to the fact that Mandarin is not a part of the CSEC curriculum, but this is not a major factor, according to Browne, regarding the decision not to offer Mandarin in other public schools.

“At this time, we have not had – at least I do not know of – any application that has come before us for teaching Mandarin,” he said.

Browne revealed that discussions are underway to officially implement a programme at the Glanvilles Secondary School as they have already had a few classes in partnership with another institution.

Last year, CEO of the Caribbean Examinations Council (CXC) Dr. Wayne Wesley hinted at plans for the inclusion of Mandarin across the region.

French and Spanish are the two main modern languages offered on the CSEC curriculum, but in 2017, 65 students from Barbados and Guyana registered to sit Portuguese when it was offered for the first time.

In 2013, Guyana became the first country to have Portuguese taught in secondary schools.

The interest around the region to expand the modern languages offered as part of the CXC syllabus has been heightened in recent years with many, including Barbados and Jamaica moving to include Mandarin on their curricula at either the secondary or tertiary level.

Mandarin is a group of Sinitic (“Chinese”) languages and dialects that are natively spoken across most of northern and southwestern China.

Mandarin is by far the largest of the many Chinese dialect groups as it is spoken by 70 percent of all Chinese speakers over a large geographical area that stretches from Yunnan in the southwest to Xinjiang in the northwest and Heilongjiang in the northeast.