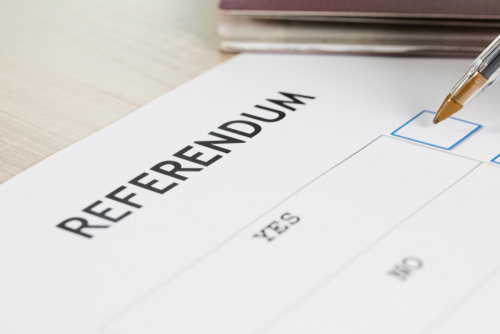 Antiguans and Barbudans will once again have the opportunity to decide whether the nation should remove the British monarch as head of state and become a republic when another national referendum on the issue is held within the next three years.

That is the word from Prime Minister Gaston Browne who has indicated that this is among the issues a new Antigua and Barbuda Labour Party government will address when it wins the upcoming general elections.

Browne said this is an important constitutional question that must be placed before the electorate.

He added, however, that restating his government’s position on the issue of republicanism was not an “act of hostility” on the part of his administration toward the Monarchy nor did it “represent any form of disrespect to the Monarch”.

PM Browne’s comments came in the wake of the death of Queen Elizabeth II, who served as head of state of the UK and the Commonwealth of nations for 70 years.

Many observers have suggested that the Queen was the glue that kept the Commonwealth together and that her passing would likely signal an exodus of nations to republicanism instead of maintaining the British monarch as head of state.

“Many countries in the Caribbean have aspired to become republics and remove the Monarch as head of state and Antigua and Barbuda would like to become a republic; there is still that ambition.

“I believe that early in our next term we should be in a position to put that constitutional question to the people to determine whether or not we transition from the Monarch as our head of state – King Charles – or whether or not we should have own president, our own local Antiguan and Barbudan,” he declared.

The prime minister said, however, that this decision lies with the people of Antigua and Barbuda by way of a referendum which is required under the country’s constitution.

When the time comes, the prime minister said his government will be prepared to facilitate the referendum.

He added that he is “reasonably confident” that the ABLP will win the next general elections and will therefore oversee this process.

Last year, Barbados became a republic with the now monarch, King Charles representing his mother at the ceremony to mark the occasion.

Jamaica too has hinted that it will also hold a referendum to decide whether it will become a republic as well.

Antigua and Barbuda held a referendum in 2018 to decide whether it should do away with the United Kingdom-based Privy Council as its final court of appeal in favour of the Caribbean Court of Justice. That referendum was defeated.