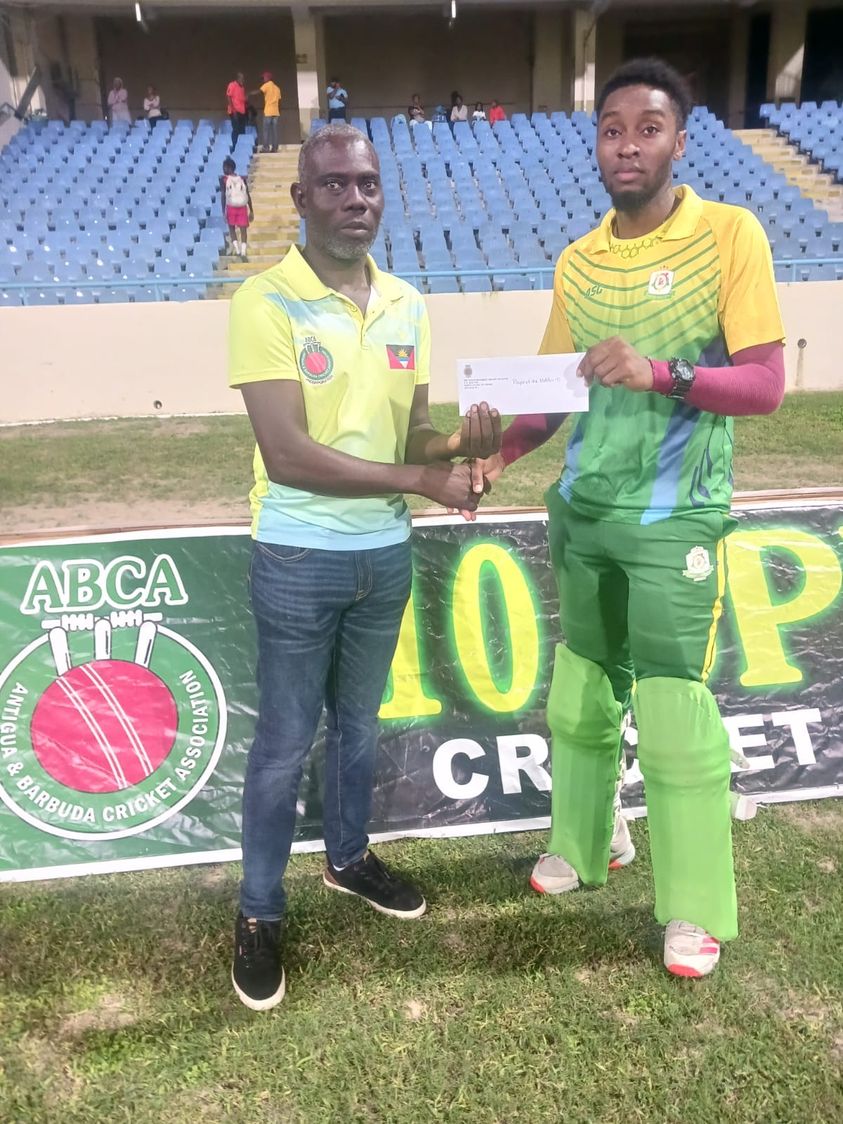 Bethesda Golden Eagles cruised to a nine-wicket win over Combined Schools in the first game of a Zone B triple header at the Sir Vivian Richards Cricket Stadium on Sunday.

Combined Schools could only muster 38 for 6 off their allotted 10 overs after losing the toss and being sent in to bat.

Yannique Watley top scored with 14 off 11 balls while Chad Walsh picked up 2 wickets for 5 runs.

Bethesda then wrapped up the match by coasting to victory at 42 for 1 with 23 balls to spare.

Fellow opener Shacoy Floyd was not out on 10.

Elsewhere, Empire crushed Freetown by 10 wickets in the third game on Sunday. Freetown was limited to 70 for 6 off their 10 overs after winning the toss and deciding to bat.

Rolston “Triss” Phillip made 16 off 18 balls and captain Austin Richards Jr. chipped in with 12.

Empire then coasted to victory at 74 without loss with two overs to spare.

All Saints Pythons secured their second successive win by claiming an eight-wicket victory over Jennings Tigers in yesterday’s second encounter.

Set 78 to win, All Saints Pythons achieved victory at 79 for 2 with three balls to spare.

After winning the toss and opting to bat, Jennings Tigers were restricted to 77 for 4 off their 10 overs.

The ABCA 10 Splash will continue with a Zone B double header at the Sir Vivian Richards Cricket Stadium tomorrow.