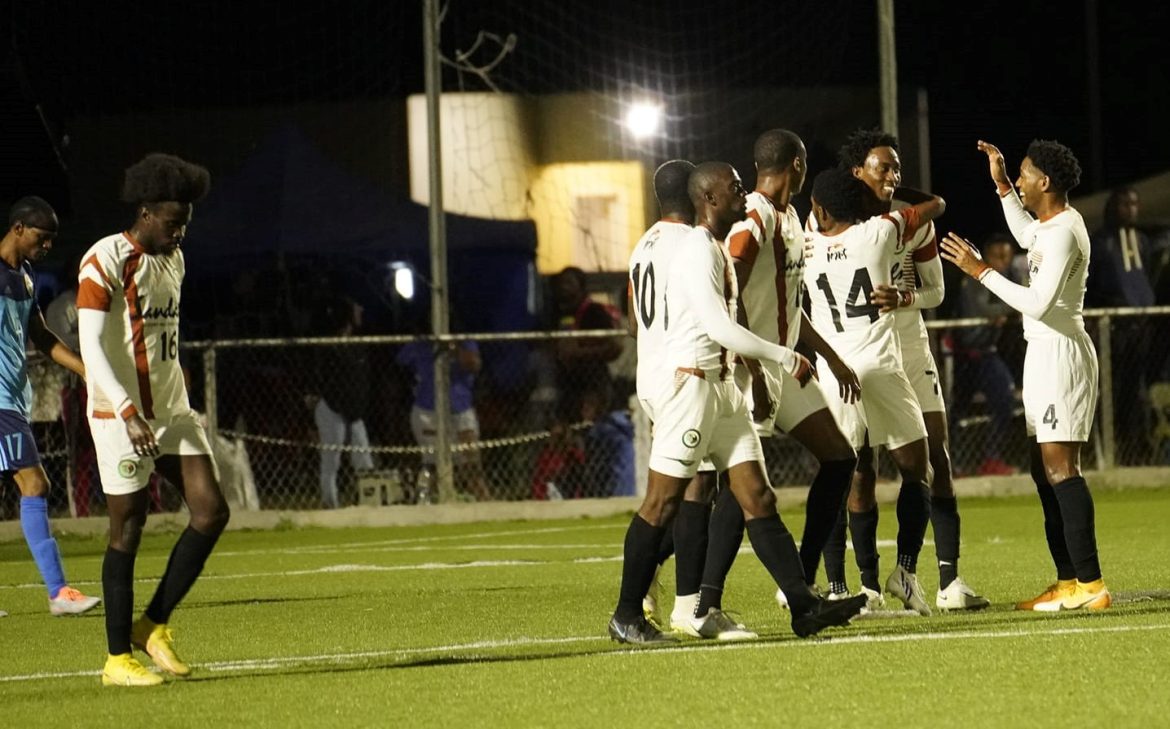 Jennings Grenades romped to an emphatic 7-1 victory over SAP to rejoin leaders All Saints United at the top of the Antigua and Barbuda Football Association’s (ABFA) Premier Division League yesterday.

Forward, Tev Lawrence, scored a hattrick to lead Grenades to a convincing win in the Round South Derby which was the feature match of a triple header at the ABFA Technical Centre.

Lawrence scored two quick goals with conversions in the 7th and 11th minutes as Grenades took control of the match from the start.

Quinton Griffith scored with a well-executed free kick in the 16th minute to make it 3-0.

Carl Osbourne scored in the 22nd minute, and a goal by Rakeem Henry in the 38th minute gave Grenades a 5-0 lead.

Ridel Stanislaus joined in the goal-fest as he netted in the first half’s added on time (45+1) as Grenades extended their advantage to a 6-0 halftime lead.

Tyrique Tonge managed to score a consolation goal for SAP when he converted a penalty in the 63rd minute. Lawrence then completed his hattrick by scoring Grenades’ final goal of the match in the 71st minute.

Grenades’ fifth win in six outings ensured the team from Jennings rejoined All Saints United with identical records at the top of the 16-team competition with 15 points each.

There were wins as well for the two Premier League teams from Gray’s Green – Empire and Greenbay Hoppers.

Joseph scored in the 21st and 25th minute to give Empire a 2-0 halftime lead and Calroy Douglas sealed his team’s win with an 87th minute conversion.

Chad Williams scored a late winner in the first minute of added on time (90+1 minute) as Greenbay Hoppers snatched a 2-1 victory against Pigotts Bullets in yesterday’s opening encounter.

Jamarlie Stevens scored in the first half added on time (45 +1 minute) to give Pigotts Bullets a 1-0 halftime lead.

Ammiel Joseph then scored an equaliser for Greenbay Hoppers when he converted in the 49th minute.