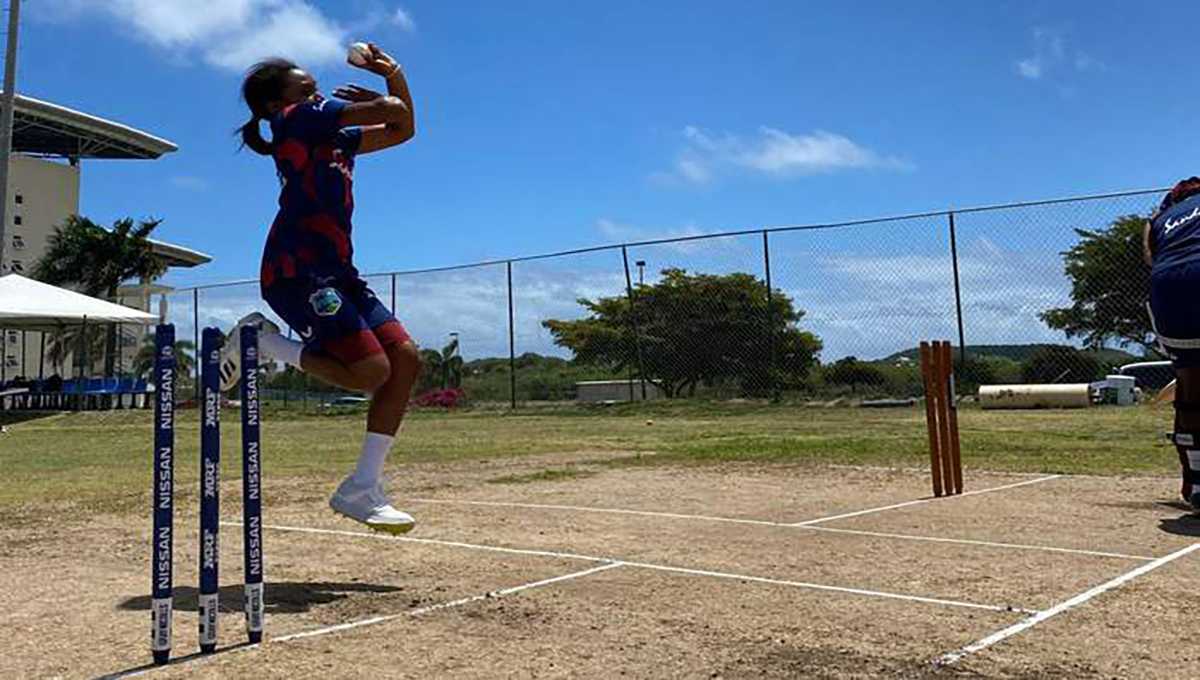 JOHN’S, Antigua – “Pure me” is how left-arm medium-pacer Zaida James describes her style of play. The 16-year-old from Gros Islet, Saint Lucia, is a member of the 30-member West Indies Women training squad currently in a camp in Antigua, and she’s enjoying every moment of it.

James was introduced to the sport by her father, after she used to watch him play it on his PlayStation video games. At the age of eight, her dad joined her in the grassroots cricket programme, but left after a while to pursue tennis and football. Then came a time where she had to choose which one she wanted to permanently pursue, so she chose the willow and leather over the racket and fur-ball.

“I used to watch him and I like the game. I went into grassroots cricket. I played tennis and football, and then I moved back into cricket, and from there I just continued my game.”

She has been at this high-performance camp for just over three weeks and, despite rubbing shoulders with the best women cricketers in the region, Zaida has managed to remain focused and not star-struck. She speaks with raw emotions on finding out she was selected for this camp and what she hopes to achieve from it.

No doubt, Zaida James is destined to be a household name in West Indies Women’s cricket in the future.

She attends the Entrepot Secondary School in Castries, where she enjoys studying English, as she aims to pursue a career as a Diplomat in addition to being an international cricketer. Her hobbies include watersports, namely scuba diving, riding jet skis and snorkeling. On the cricket field she admires Hayley Matthews, and her favourite sporting moment was when she made 125 not out batting in the Acynta Auguste 50-over tournament in her native St. Lucia.