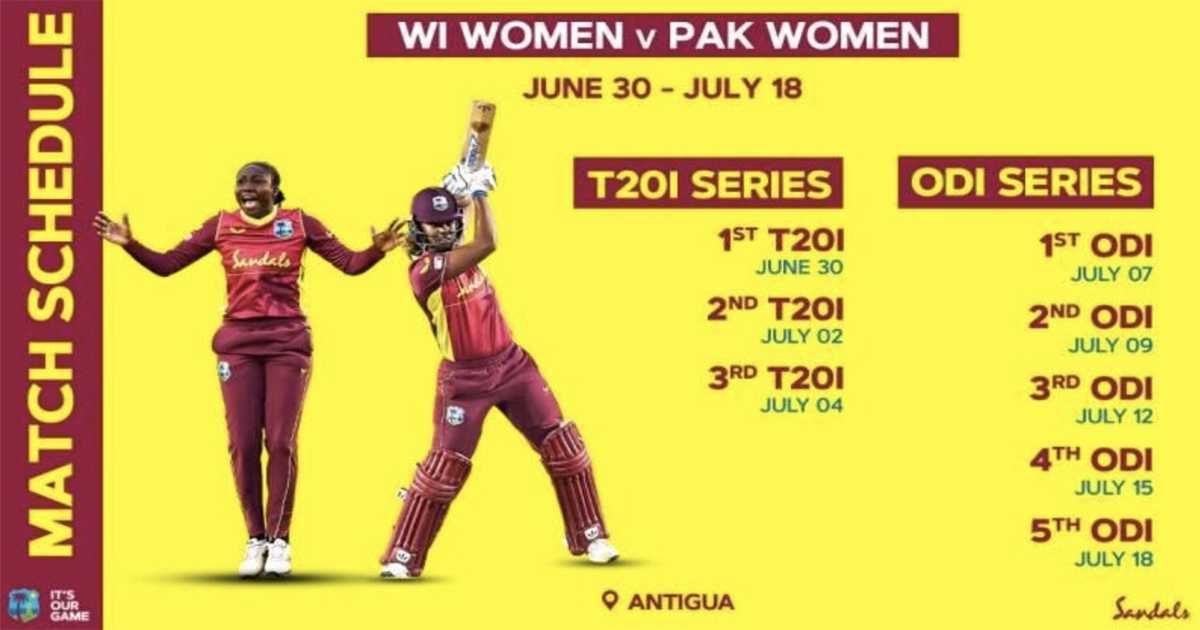 The West Indies will clash with Pakistan in an eight-match white ball series here starting later this month, marking the women’s first home series since the outbreak of the COVID-19 pandemic.

The three-match T20 International series will run from 30th June to 4th July, followed by a five-match One Day International (ODI) series from 7–18 July 2021.

In a move aimed at developing the wider pool of players, the international series will be played alongside a six-match white ball series between West Indies Women’s A and Pakistan Women’s A, which is expected to result in double headers at the Sir Vivian Richards Stadium and the Coolidge Cricket Ground.

“This is a very significant home tour for our women and we are delighted that our counterparts at Pakistan Cricket Board have worked with us to arrange these two series despite all the challenges we face with COVID-19,” said Cricket West Indies’ (CWI) Director of Cricket, Jimmy Adams.

“CWI continues to invest in our international women’s program by hosting extended high performance camps between tours, two of which have already been held this year.

“In addition, the opportunity to host our first ever ‘A’ Team series is brilliant, as it means that our developing players will get the chance to compete against high quality international opponents and push for selection to the senior team.”

He continued: “The series is also an important part of our preparation for the ICC Women’s Cricket World Cup qualifiers in December.

“Our goal post this Pakistan series is to have our squad play against more international opposition and take part in our regional tournament before heading to the qualifiers in Sri Lanka at the end of the year.”

However, they helped herald the return of international women’s cricket last September when they toured England for five Twenty20 International.

West Indies women, under new coach Courtney Walsh, have been heavily involved in preparation since the start of the year with two high performance camps already staged in Antigua.