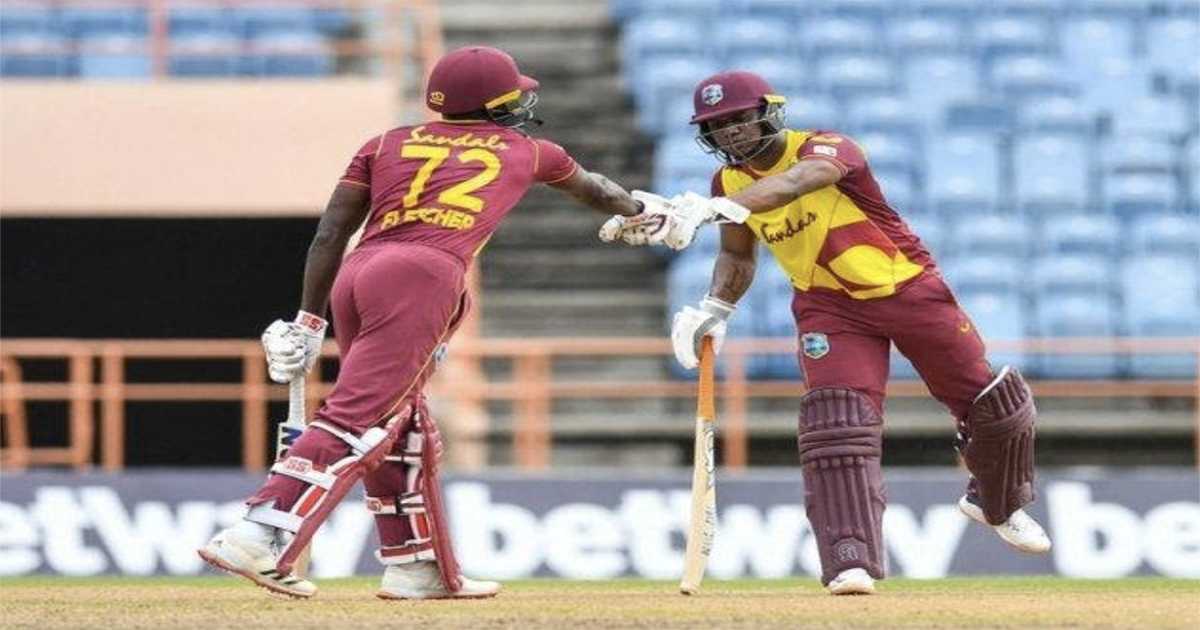 ST. GEORGE’S, Grenada – On Saturday, Evin Lewis smashed a 35-ball 71 to lead West Indies in response to South Africa’s 160 for six during the 1st CG Insurance T20 International.  Earlier, Fabian Allen and Dwayne Bravo picked up two wickets each to restrict the visitors to a below par total.

West Indies went from being completely outplayed in the Test series to truly outplaying South Africa in the opening T20 International of the five-match series.

Rassie van der Dussen was South Africa’s top-scorer with 56 not out.  He was supported by Quinton de Kock who had 37. There were no other scores of note during the South African innings.

Chris Gayle 32 not out, Andre Fletcher 30, and Andre Russell 23 not out, were the other scores of note during the West Indies reply.

Meanwhile, on Sunday, South Africa successfully defended their total to level the series.  Batting first, South Africa made 166 for seven from their allotment of 20 overs. Captain Teva Bavuma led from the front with 46. He was supported at the top of the innings by Reeza Hendricks who got 42. Obed McCoy was the most successful West Indian bowler with 3 for 25, while Kevin Sinclair grabbed 2 for 23.

Kagiso Rabada was the chief wicket taker for South Africa with 3 for 37. He was supported by George Linde with 2 for 19. However, it was the South African spinners who restricted the West Indies during the middle overs.

West Indies lost the match by 16 runs. The series is now tied at 1-1 and continues tomorrow for the 3rd CG Insurance T20 International.