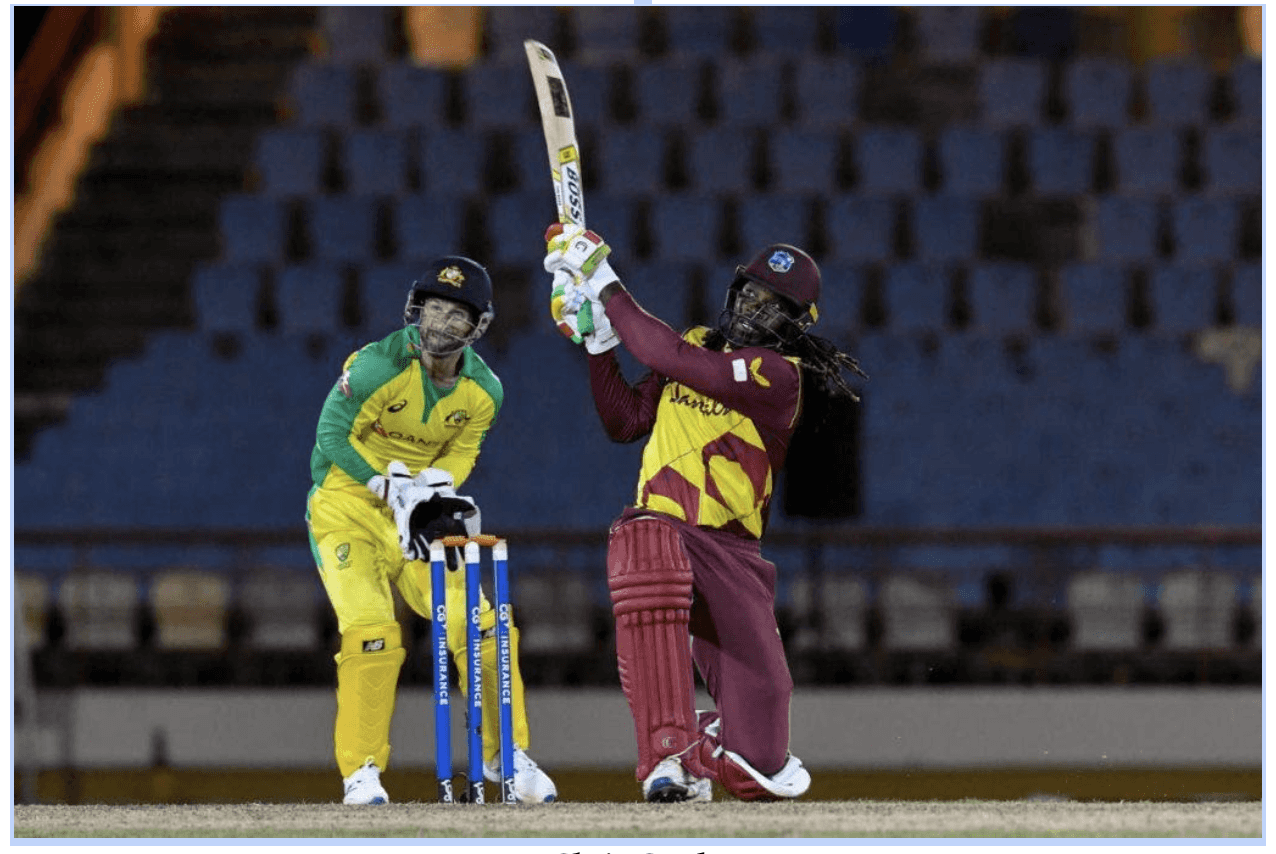 GROS ISLET, St. Lucia – Chris Gayle finally came to the party on Monday night, as he led the way for West Indies with an aggressive 67, surpassing 14,000 T20 International runs in the process.

Pooran ended the innings on 32 not out.

Gayle joined Lendl Simmons after Andre Fletcher was dismissed in the first over. He started his innings in a typical cautious manner before launching an assault on Adam Zampa, taking 22 from one over – including three consecutive sixes. This over tilted things firmly in the West Indies favor.

Australia batted first and were restricted from amassing a big total. They managed to get 145 for 6 from their 20 overs. Moises Henriques, 33, and Aaron Finch, 30, were the main contributors to Australia’s modest total.

Hayden Walsh’s 2 for 18 led the West Indies bowling. He was well supported by the other bowlers, as well as some very good fielding. These two aspects of the West Indies’ approach are the difference between this series and the previous one.

This victory was the West Indies’ third on the trot, but Gayle stole the headlines with an innings which showed that, despite his age (41), he remains – once on song – one of the most feared batsmen in T20 cricket.

Speaking afterwards, Gayle said: “I want to dedicate this half-century and milestone to West Indies, my team-mates, especially Kieron Pollard. We had a team meeting before the game and … he let me know where I stand within this team and he wanted me to go and express myself. So I’m very grateful for that pep talk because sometimes it doesn’t matter how great you are, you need a bit of a talk sometimes.”

The West Indies secured the five-match T20 International series against Australia, after attaining an unassailable 3-0 series lead with 31 balls to spare.

The fourth T20 International will be played tonight.