UWI expansion loan agreement to be signed this month 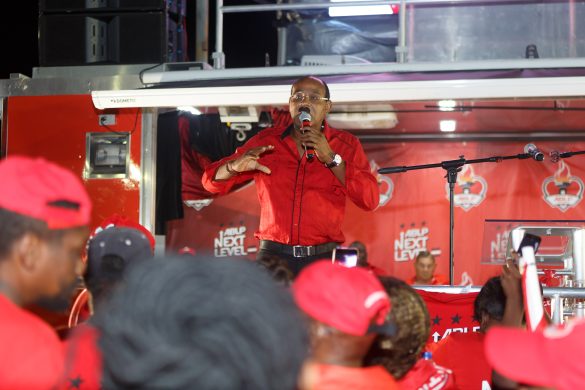 The $216 million loan agreement for the expansion of the University of the West Indies Five Island Campus will take place later this month.

Prime Minister Gaston Browne has announced that the agreement between the Kingdom of Saudi Arabia, the Government of Antigua and Barbuda and the University of the West Indies will be signed in St. John’s on 17th January.

In December, the government announced that after several months of negotiations with the Saudi Development Fund (SFD) for US$80 million to carry out the expansion of the campus, the loan had been approved.

Government sources say the Chief Executive Officer of the SDF, along with a delegation, will arrive in Antigua and Barbuda on 16th January for the signing ceremony the following day.

Minister of Education, Daryll Matthew, will sign on behalf of the Antigua and Barbuda government.

PM Browne said the UWI FIC represents the “most significant” contribution that any administration has made to the development of the country. He described the institution as “the crown jewel” of the education system and development in Antigua and Barbuda.

“It will be the fulcrum of development of the people of Antigua and Barbuda. It will increase the human capital of Antiguans and Barbudans making them compatible with people from other parts of the world,” he declared, describing the establishment of the UWI FIC as a significant investment in the country’s people.