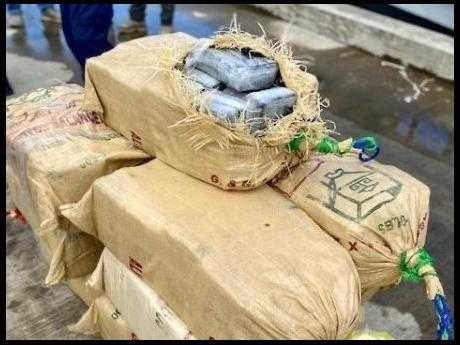 The estimated value of the seized narcotics is US$10 million.

“Our agents continue to use advanced aeronautical and maritime capabilities to detect and interdict them throughout our coastal borders,” he added.

CBP said that on the evening of November 23, AMO launched from the Caribbean Air and Marine Branch in order to conduct a Border Security Patrol.

The Marine Patrol Aircraft (MPA) crew detected the vessel that was without navigational lights.

“This successful interdiction is the result of the hard work and dedication of the all the federal and state partners committed to eliminate illicit trafficking from the waters of Puerto Rico and the US Virgin Islands,” said Captain Jose E. Diaz, deputy commander.  “Keeping dangerous drugs off the streets save lives.”

As the US Coast Guard assets approached the vessel, two men jumped into the water in order to evade arrest.

The Coast Guard stopped the vessel with one man on board, and found 13 bales of narcotics and one firearm. The two individuals were retrieved from the water.

The US Coast Guard later “transported the contraband and the arrested individuals to Arecibo, Puerto Rico, where Caribbean Corridor Strike Force (CCSF) agents took custody for prosecution and investigation.”