US offloads US$8.5M of drugs seized in Caribbean Sea 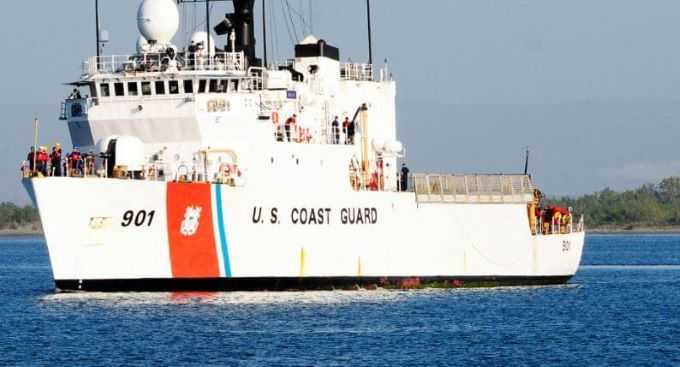 The United States Coast Guard earlier this week transferred custody of two suspected smugglers and US$8.5 million in seized cocaine to US federal agents at Coast Guard Base in Puerto Rico following the interdiction of a drug smuggling go-fast vessel in the Caribbean Sea.

In a statement on Friday, the Coast Guard said the interdiction was the result of multi-agency efforts in support of the Miami, Florida-based US Southern Command’s enhanced counter-narcotics operations in the Western Hemisphere, the Organized Crime Drug Enforcement Task Force (OCDETF) and High Intensity Drug Trafficking Area (HIDTA) programmes, and the Caribbean Corridor Strike Force (CCSF).

The United States Attorney’s Office for the District of Puerto Rico is leading the prosecution.

“This successful interdiction is a reflection of the seamless team work and the unwavering resolve between the Coast Guard, our federal law enforcement and Department of Defence partners to protect the nation’s southernmost maritime border against narcotrafficking threats,” said Commander James L Jarnac, US Coast Guard Cutter Mohawk commanding officer.

“The strength of our joint collaboration and partnerships is key to a safer Caribbean Region and disrupting transnational criminal organization activities through the interdiction of drug smuggling vessels in the maritime domain,” he added.

The drug bust occurred during the afternoon of 24th January,  after the aircrew of a maritime patrol aircraft detected a suspicious twenty-five-foot go-fast vessel, about two hundred nautical miles south of the Dominican Republic.

The Coast Guard Cutter Mohawk diverted in response to the sighting and interdicted the go-fast vessel with the assistance of the cutter’s small boat, the US Coast Guard said.