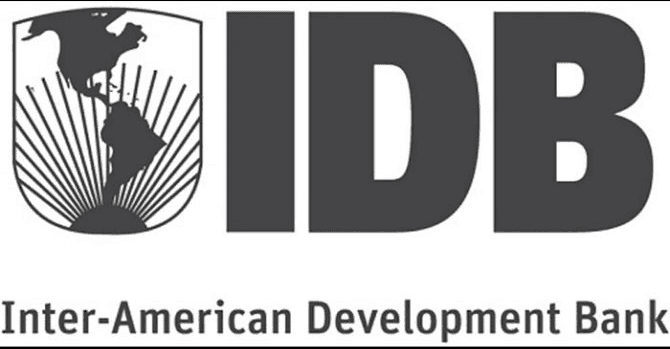 In his first address, IDB’s new President said that his appointment would lead to a stronger commitment from the US to support the region and its institutions. David Jessop believes his remarks indicate that for strategic reasons, the US is moving gradually towards an ‘America First’ policy. “The IDB (Inter-American Development Bank) will work with the region to boost investment through greater integration and nearshoring. My goal is for the Western Hemisphere to be the most attractive region for direct investment in the world”, Mauricio Claver-Carone, the bank’s new President told IDB staff on 1 October. In a positive and detailed first address deserving careful consideration, the former Senior Director for the Western Hemisphere at the US National Security Council painted a picture of a very different future hemisphere; one that is economically integrated, and in which the US plays a critical role not just bilaterally but by exercising leadership with other multilateral development institutions. Mr. Claver-Carone envisages that the IDB can become central to consolidating the economy of the whole of the Americas.

To achieve this, the IDB would need to increase its lending from US$12bn to nearly US$20bn annually and, to this end, he intends mobilising the support of the US Treasury and Congress. He also told staffers that he intends to “better leverage and arbitrage other international financial institutions”. His plans, he said, will make more creative use of blended finance and co-financing and speed up and simplify lending processes and execution. Mr. Claver-Carone said too that he wants to see the Washington-based IDB “lead the way globally” in working with the World Bank and the IMF in the Americas, creating joint country platforms. Speaking about nearshoring and deeper economic integration, IDB’s new President said, “My goal is for the Western Hemisphere to be the most attractive region for direct investment in the world.” This, he said, will mean greater growth, more jobs and capital to invest in the type of modern infrastructure and digital networks needed to compete.

“The IDB should be the flagbearer for nearshoring to the benefit of all borrowing countries.” From a Caribbean perspective, Mr. Claver-Carone accepted that “the serious effects of climate change are a scientific fact” and that the IDB must continue working towards doubling climate finance and develop a clear plan of action that strengthens existing programmes. He also plans to construct a strong and diverse executive team to “ensure that the voices of small countries are heard”. Mr. Claver-Carone, controversially the first US citizen to hold the post, made clear that his candidacy was a signal of a stronger commitment from the United States to support the region and its institutions and a belief that the bank could play a transformational role in accelerating recovery and growth.

Although not commenting specifically on the Caribbean, at a media briefing he described how he sees Guyana’s future development as the potential model for the region. “If Guyana is able to manage as the fastest growing economy in the world, it will be really the first emerging economy, first developing nation, first liberal democracy, to do so successfully,” he said. “If Guyana succeeds, I think that the region will succeed and will be a model to follow”, he said in answer to a question from Stabroek News. Unsurprisingly perhaps, Mr. ClaverCarone’s thinking compliments recent US policy themes in relation to Latin America and the Caribbean (LAC) and could well be another element in Washington’s subtle redefinition of the Monroe Doctrine and broader wish to secure a geographically proximate sphere of influence.

Although the new IDB President did not say so, the overall approach he is proposing will have the effect of strengthening the US position in the hemisphere in relation to China and its willingness to deploy resources, invest, and gradually exercise economic influence. At its most basic, China has a population of 1.39 billion and an economy close to overtaking that of the 328 million strong US, however, an economically stimulated and better integrated Americas, including Mexico and Canada, would have a total population size of 965m enabling the US and its hemispheric partners to be better placed to compete globally in future. Put another way, while President Trump, for domestic reasons, has been pursuing a political agenda intended to regenerate the US economy, those who work with or around him have recognised that economic size and closer integration with Latin America and the

Caribbean will matter when it comes to outpacing China globally. The unspoken implication is that through US-led and supported nearshoring, digitization, improved connectivity, entrepreneurship, the private sector and new funding mechanisms, an economically integrated hemisphere will be less susceptible to China’s growing global influence and the strategic threat the US believes this poses. For the LAC region however, a more likely, and for many a more welcome eventual outcome, may be a better development balance between the two global superpowers.

China is already embedded in the whole region making the success of any comprehensive policy of NorthSouth economic integration uncertain. Its cooperative partnership with the Caribbean and many Latin nations is well advanced, well-funded, multifaceted and linked to its broader ‘Belt and Road’ global trade initiative. Moreover, despite the impact of the pandemic, it is the only G20 nation expected to experience real GDP growth this year and, assuming global economic recovery occurs in 2021, is forecast to grow faster than any other group member except India. Despite this, the new IDB President’s words will be well received in those Latin American and Caribbean nations that want to see serious leadership and clear development objectives when it comes to recovery from the long term economic damage caused by COVID-19 and the need for a rapid response to the challenges posed by climate change.

The fact that Mr. ClaverCarone’s remarks contained no hint of political conditionality is also welcome, although much will now depend on his actions in office, what the IDB’s lending and borrowing nations think and what the requirements of the US administration and Congress will be when they come to consider additional funding. The new IDB President’s remarks are a practical sign, perhaps the first, of the wider significance of a US policy that is moving gradually from ‘America First’ to one that becomes ‘the Americas First’, with or without the divisive presence of President Trump.

David Jessop is a consultant to the Caribbean Council and can be contacted at david.jessop@caribbean-council.org