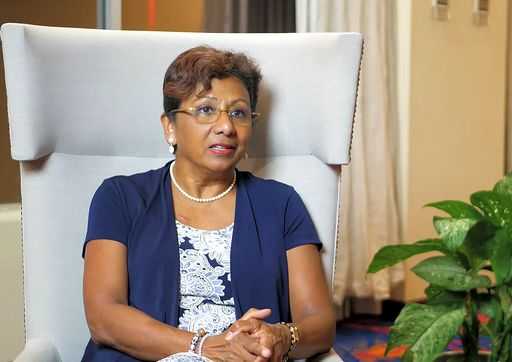 CMC – The chairman of the beleaguered Police Service Commission (PSC) resigned on Thursday amid controversy over the selection of the twin-island republic’s next top cop.

A brief statement from the Office of the President indicated that President Paula-Mae Weekes “today accepted the resignation with immediate effect of Ms. Bliss Seepersad as Chair[person] and Member of the Police Service Commission”.

Seepersad is the last member of the PSC to step down, following Courtney McNish, Dr. Susan Craig-James and Roger Kawalsingh who resigned between last week and this week.

The three had disagreed with Seepersad’s handling of issues that arose after the PSC began selection of a Police Commissioner.

Gary Griffith, whose three-year contract as Commissioner of Police (COP) ended on August 17th 2021, was to remain acting in that position until completion of the selection process for the post.

He went on two weeks’ vacation leave in early September, during which time Deputy Commissioner of Police McDonald Jacob performed the duties of COP. However, Griffith was suspended in a letter from Seepersad dated September 17, in which he was instructed to immediately cease reporting for duty until further notice.

The notice of suspension was withdrawn six days later after Griffith agreed to go on voluntary leave pending the outcome of an investigation into allegations of corruption in the granting of firearm users’ licences and possible interference in a police investigation against the head of the legal unit in the Trinidad and Tobago Police Service (TTPS).

Despite the withdrawal of the letter, Griffith is set to return to court on November 10 to seek a declaration from the court that his suspension was unlawful.