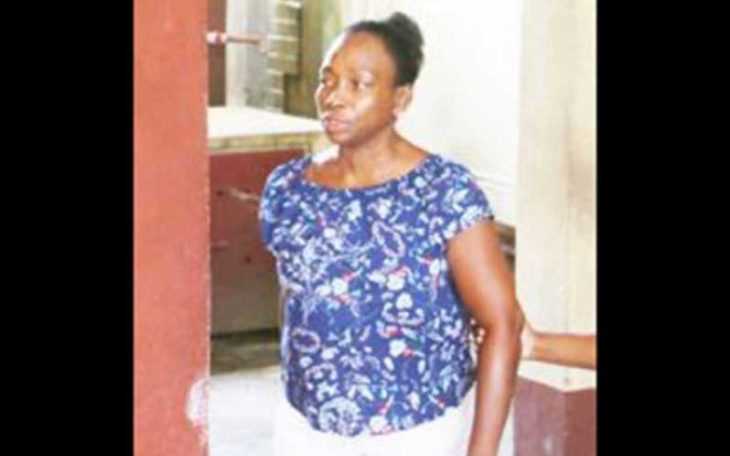 CMC – Acting Chief Justice Roxane George on Wednesday awarded compensation totalling GUY$3.1 million (One Guyana dollar = US$0.008 cents) to a 56-year-old Jamaican woman who had been illegally detained in prison for eight months.

Attorney Darren Wade had filed the multi-million-dollar lawsuit against the State for breach of Sandra Russell’s fundamental rights to freedom after she was unlawfully imprisoned by members of the Guyana Police Force.

She had been wrongfully detained at the East La Penitence Police Station in the capital, Georgetown, shortly after being released from prison after serving a sentence for trafficking narcotics.

Russell said she had become depressed and stressed since the ventilation at the station was poor and she was forced to sleep on a thin mattress on the concrete floor.

In 2018, Russell was sentenced to eight months in prison and fined GUY$135,000 by Chief Magistrate Ann McLennan for the possession of 70 grams of cannabis. But she had her sentence reduced to three-and-a-half months.

However, on November 10th 2018, Russell was released into the custody of a female Immigration Officer who told her that she would be deported to Jamaica. But that never materialized. Instead she was kept in custody at the East La Penitence Police Station and released eight months later on GUY$10,000 bail on July 7th 2019.

Lawyers representing the State had asked the High Court to dismiss the application, claiming that the Jamaican Consulate in Guyana could not ascertain Russell’s identity and links to Jamaica … [This] prompted further investigations since her deportation was now complicated.

The lawyers argued that Russell was kept in custody according to the Immigration Act and was considered a “prohibited immigrant” while an investigation was being conducted on her identity.

But, in her ruling, the acting Chief Justice said, “The State must do better as regards to facilities for the incarceration of persons.

“The claim of so-called third world status cannot be permitted as a continual excuse for poor conditions and cannot be countenanced as being the best the State can do.”

Justice George said that under the Immigration Act, the applicant should have been kept in custody for three months while a tribunal was established.

She awarded Russell GUY$2.5 million for compensatory damages as well as GUY$600,000 for being subjected to poor conditions while being wrongfully detained.

The Acting Chief Justice also ordered that Russell should leave Guyana as soon as possible at her own expense.

“Since the applicant is not a citizen of Guyana and has clearly overstayed her time, unless some accommodation is granted by the State, she must leave. This should not be at the expense of the State. As such, unless she can stand the expenses of her return to her home country, such expense is to be deducted from the award,” Justice George said.