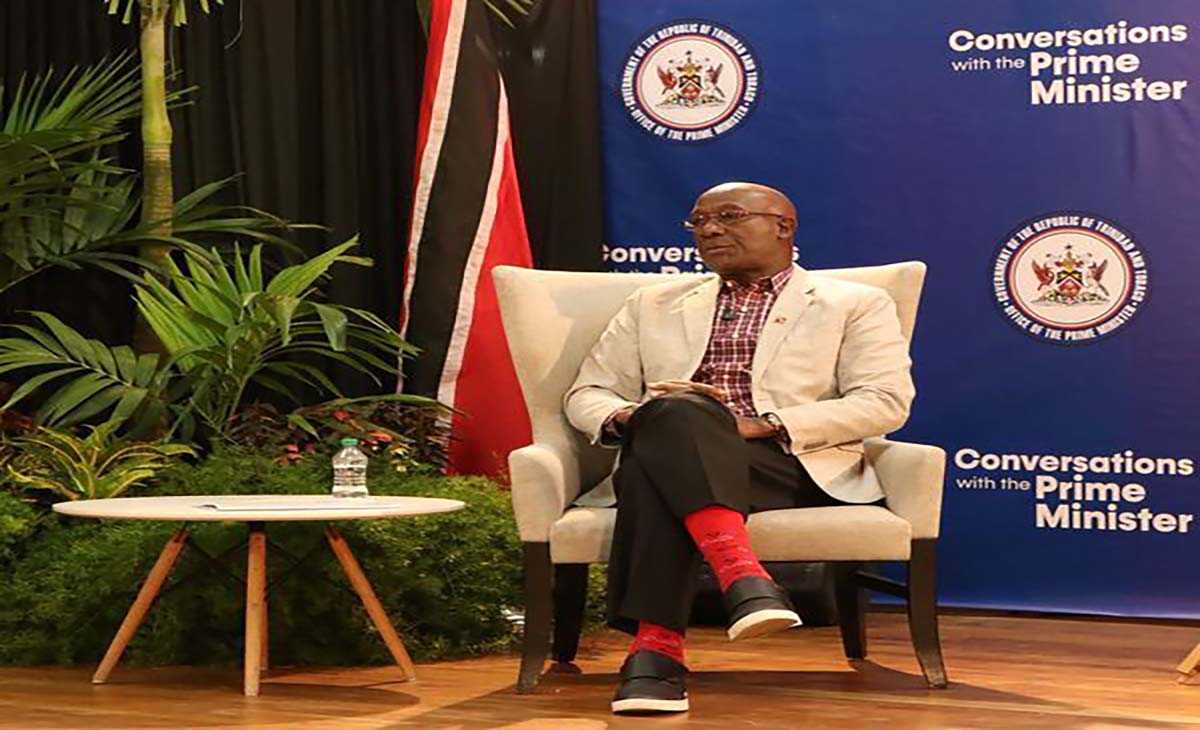 The Trinidad Guardian – The diplomatic friction between the government of Trinidad and Tobago and Indian High Commissioner Arun Kumar Sahu over the availability of COVID-19 vaccines from that country seems to be worsening.

Guardian Media Saturday learned that Foreign Affairs Minister Dr Amery Browne was supposed to have a pre-planned call with Sahu but that Sahu was suddenly unavailable.

In a text exchange with Guardian Media Saturday, Prime Minister Dr Keith Rowley, who first gave an insight into the situation during his Conversation with the Prime Minister on Thursday night, acknowledged that the situation was “difficult” and said that while it was triggered by Sahu’s behaviour, it was compounded by Opposition leader Kamla Persad-Bissessar.

“A difficult situation has been created by the behaviour of the High Commissioner, compounded by the obscene unnecessary intrusion of the Opposition Leader into the normal protocols between states by inviting the Indian Prime Minister into the affairs of Trinidad and Tobago in a way that certainly embarrasses New Delhi and undermines the foreign policy initiatives of Trinidad and Tobago,” Rowley said.

“In situations like these, sometimes the best answer is no answer. The situation was not helped by the appetite for and the proliferation of misinformation fed to the media in furtherance of the many and varied agendas.”

There have been questions about the role of Trinidad and Tobago’s High Commissioner to India, Dr Roger Gopaul and whether he had to shoulder some of the responsibility for the lack of proper communication to the government about the availability of a vaccine facility available to CARICOM.

He said Gopaul reviewed all of the High Commission’s incoming communications and was able to confirm that it received nothing from the Indian Ministry of External Affairs about the vaccine allocation to Trinidad and Tobago.

Rowley said that this confirmed to him that there was no offer of any vaccine from India.

“A few CARICOM countries (outside of CARICOM efforts) bilaterally approached India for help. A few others joined in after the story of vaccine diplomacy and the presence of an offer of five hundred thousand extended to CARICOM is a fallacy propagated in the media by certain persons,” he said.

Rowley forwarded a copy of a message from Gopaul which confirmed that there was no communication on the matter.

“Prime Minister, to fortify your revelations of Saturday night…our T&T High Commission in Delhi has reviewed all of its incoming communication and confirms that they had received no communication from the Indian Ministry of External Affairs on any vaccine allocation to T&T or Caribbean states. There appears to have been exclusive reliance on the Indian High Commissioners in our region,” the message said.

On 23rd February, Rowley wrote to India Prime Minister Narendra Modi asking about the vaccine donation and a request to purchase vaccines. There has been no response to that letter to date.

Saturday, Browne told Guardian Media that as per proper protocol, “The Prime Minister’s letter on vaccines to the esteemed Prime Minister of the Republic of India was transmitted to the government of India via the High Commission of Trinidad and Tobago in Delhi.

“Also as per the proper protocol, a copy of the relevant diplomatic note was shared with the High Commission of India in Port-of-Spain,” Browne said.

Qantas boss: Governments ‘to insist’ on vaccines for flying