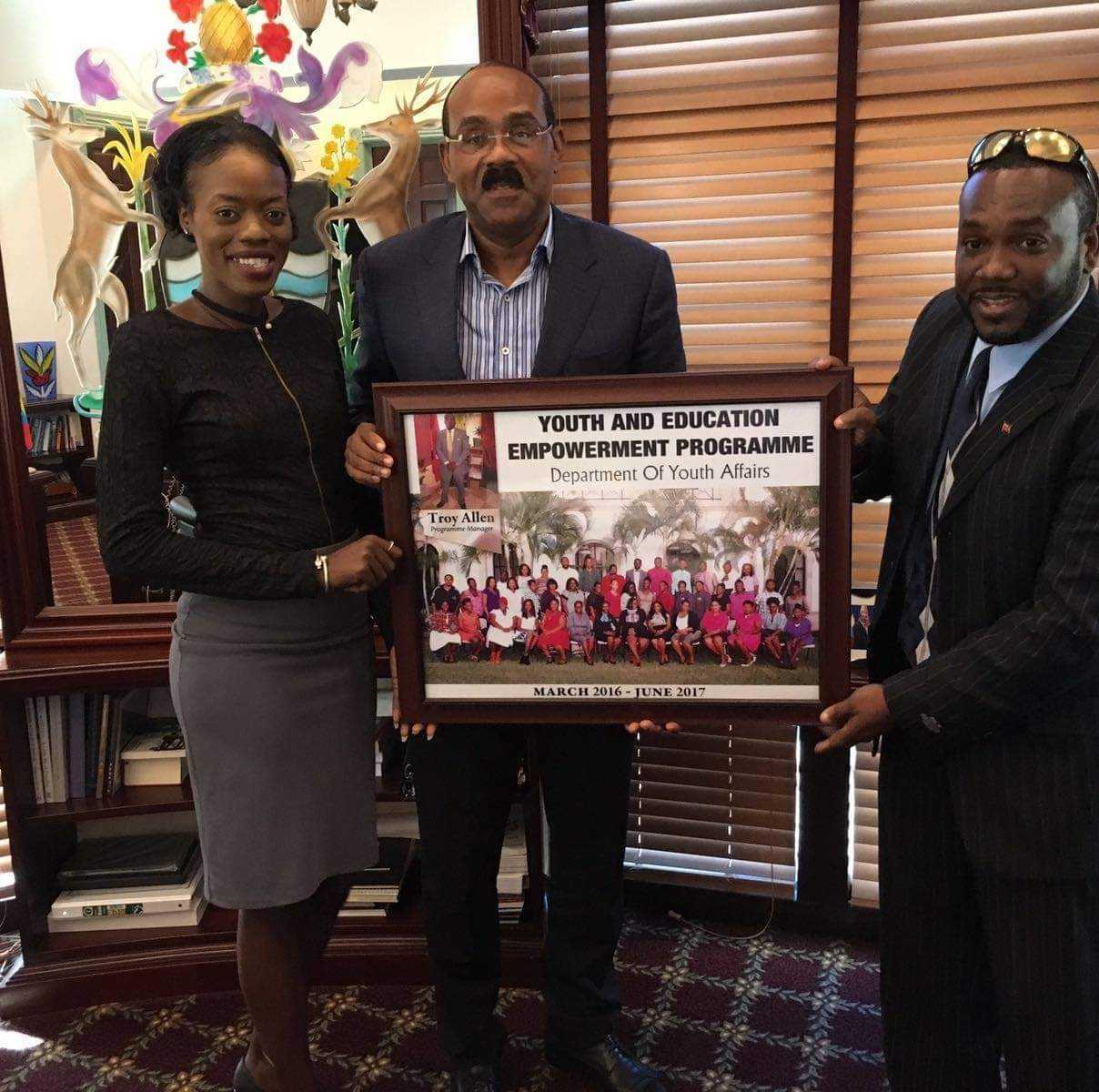 Cabinet, by formal conclusion and supporting correspondence, has officially confirmed Troy Allen as ‘Director of the Youth Education & Empowerment Programme (YEEP)’ within the Ministry of Social Transformation.

Allen has been functioning de facto in that capacity for several years, with tacit understanding of his position and functions, but had until now been officially designated as ‘Program Officer in charge of YEEP’.

Despite repeated plaudits from Cabinet and almost universal public acclaim for his performance, there appear to have been some bureaucratic frictions about him being described as ‘Director’ and where this placed him in the Ministry’s line of rank and seniority.

Some other ‘Director-level’ department heads who Allen encountered are said to have not infrequently bristled at suggestions of him being on the same appointment grade-level with them, and not their subordinate, as they apparently assumed or preferred.

There have been reports of tensions being so rife in recent times that the achievements of YEEP have been threatened, with even administrative authorization to pay its tutorial staff in danger of being held hostage.

But after a succession of pointed Cabinet statements overwhelmingly in his favour, a decision by the nation’s highest executive body since the end of April this year has now been operationalized.

An elated Allen told Pointe Xpress, “The programme is respected by every political party in this country.”

He names some of the Opposition politicians who are supportive of YEEP and his contribution to its work. “In particular, Jacqui Quinn, Joanne Massiah, Anthony Stuart, Richard Lewis, Baldwin Spencer, and other members of the United Progressive Party, and the DNA (Democratic National Alliance).”

He said being formally appointed as Director of YEEP gives him “the handle to manage and implement certain things I could not do before”.

Cabinet has approved the refurbishment of the old Otto’s Comprehensive School into a new facility to house YEEP, which is currently operating out of cramped improvised quarters. The refurbishment is to be undertaken by the Ministry of Works.

Allen is not just the head of YEEP, but its founder as well – dating back to 2015 when he pitched the idea to the one-year-old government of Prime Minister Gaston Browne who welcomed and embraced with the enthusiastic endorsement of then Youth Affairs Minister Samantha Marshall.

The programme was officially launched in February 2016. Its first batch of students was planned to be no more than 50, but ballooned instantly to 175 due to an unexpectedly high number of applications that Allen and Cabinet felt they could not, in good conscience, turn away.

“Presently, because of the COVID and vaccine mandates, etc, we are down to 400 students, since we don’t have adequate space to accommodate the social distancing and so on,” Allen explained.