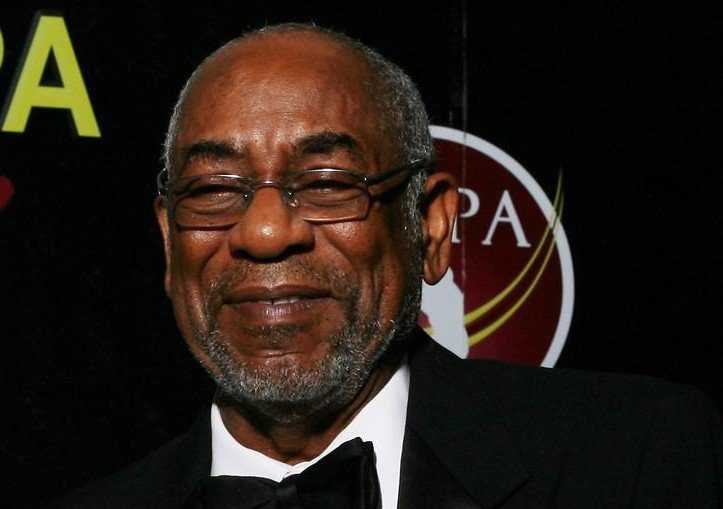 A man committed to Regional Integration in the Caribbean 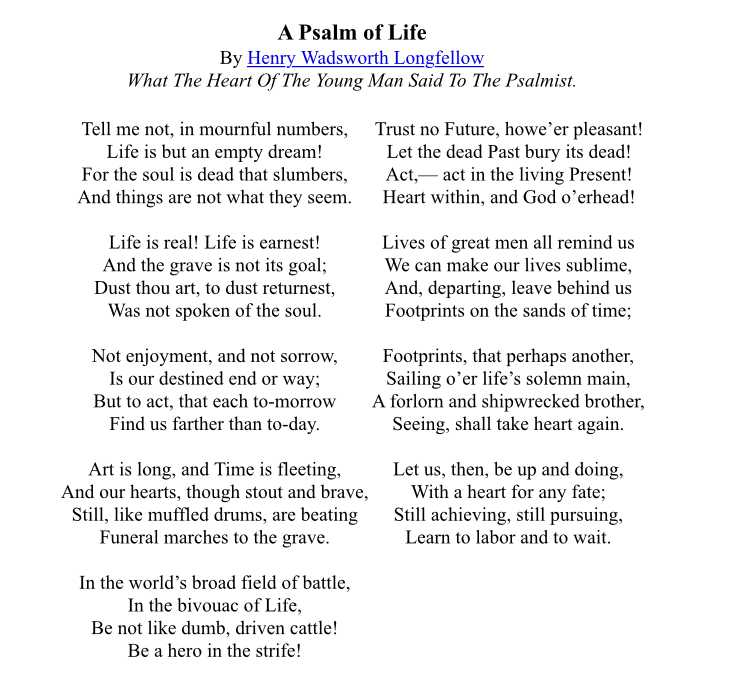 In Antigua, the seat of the Government of the Leeward Islands, where King Sugar and Queen Cotton reigned and substance abuse was smoking Lucky Strike Cigarettes and drinking Speakeasy, one beautiful day 29th November 1942, a son was born to Hercules and Iris Joseph.   They named him ‘James Clarvis Hezketh’ and called him Clarvis.  He was involved in the regular activities of the Antigua Grammar school under the watchful eyes of Jack Foote, Father Brown, Leonard Shorey, Alfred W. Blackett, Selvyn Walter, and Lloydston Jacobs. The little force-ripe boy grew to a handsome young man of medium stature with a boastful parrot-toed walk.

Ever since his early days, Clarvis displayed leadership qualities among his friends.  He had a desire to become an educator, inasmuch as he believed that knowledge was the key to success in any endeavor.  His teaching career took him to the Pilgrim High School; the Greenbay Government School and the Antigua Girls’ High School where he taught History.  A former student had this to say: “He was my favourite History Teacher.” He taught Management of Business in the First Year University Programme delivered at the Antigua State College.

His family, including eight siblings (one brother and seven sisters), migrated to the U.S.A. But the precocious Clarvis decided to remain in the Caribbean and contribute to its growth and development. He was a graduate of the University of the West Indies Mona Campus.  After graduation, he lived in Guyana with his wife whom he met at University.

Martin Luther King Jr. said, “The true Measure of a man is not how he behaves in moments of comfort and convenience but how he stands at times of controversy and challenges”.

Friends from Antigua met up again in 1972 when we attended the West Indies Jaycees National Convention; Clarvis a delegate of Guyana, the land of wood and water, and we from Antigua where land and sea make beauty.  He had become a vociferous young man, which was evident when he made his clearly studied contributions to the debates.  It was a pleasure to be in his company and his free time was spent with us the delegates from his home town.

There is something very unique about belonging to Junior Chamber International, the world’s greatest organisation for young people between the ages of 18 – 40.  The Jaycees organisation provides opportunities for young men and women to develop personal and leadership skills through service to others.  Through active participation, one can achieve their highest potential in setting their goals. Clarvis is a fine example of this training. He was made a JCI Senator, which gave him the highest award of lifetime membership.

During his active membership in the Antigua Jaycees, in the mid 1970’s, there was a glut in agriculture.  Clarvis introduced an idea to assist the farmers to get rid of their excess fruits and vegetables. He met with the farmers and created an avenue for sale of their produce left over from Saturday and general exports to other countries.  Thus the Jaycees Sunday Market project was created where we the Jaycees would become the vendors on behalf of the farmers.  This earned him the respect of the farmers.

He knew that he wanted to do his part in making Antigua become a developed nation of first class citizens.  There was nothing shy about Clarvis. He assimilated himself.  The Clarvis I knew had a heart of gold that was always in the right place. He knew how to win friends and influence people.  He was a friend to the friendless. He provided shelter for the homeless.  He understood leadership and most times led from the front and many times when he would be moving along and upon glancing back, those encouraging the march would not be there.  Yet he would press on.  He led from behind too when he would be the encourager for you to push forward to become the best.  Nelson Mandela once said, “A leader… is like a shepherd.  He stays behind the flock, letting the most nimble go out ahead, whereupon the others follow, not realizing that all along they are being directed from behind.”  In leading, he had to contend with sometimes making tough and unpopular decisions. But, in his wisdom, those decisions were for the good of the majority.  He was fearless and took responsibility for his actions as any leader should.

In wanting Antigua to develop to its true potential, Clarvis led the Antigua and Barbuda Chamber of Commerce and Industry during the years 1995 – 2007.  As President, he met and consulted with many local, regional and international governments and non-governmental representatives and organisations.  The opinions of the Chamber of Commerce are valued by most.  The president, officers and members of the Board are committed to service for which they receive no Board fees.  Perhaps because it had at its head an undaunted leader like Clarvis, more and more demands were being made of the organization by its members, civil society and the public at large.  It therefore became necessary to relocate the secretariat from Redcliffe Street to more spacious facilities on North & Popeshead Streets. This move called for leasehold improvements.  With the assistance of a supportive board of directors, past presidents and members of the Chamber, in Phase I of the upgrade, open space was transformed into two conference rooms fully equipped with air-conditioning, tables and chairs to seat a combined total of 45 persons and with state-of-the-art audio visual equipment, including multi-media projector.  As the respected trade support institution, the Chamber had to prepare its members and citizens to respond to the economic challenges of globalization and trade liberalization.  One way to accomplish this was to expand the training courses on offer at that time.  The Chamber launched its own twice-yearly Executive Leadership and Strategic Management Development Workshops in order to provide management with the necessary insights, skills and practical tools required to effectively prepare and cope.  Space in the Chamber was allocated for committee meetings, as well as general meetings to organize strategy sessions, where members could meet and exchange ideas on how to cope with changes in the business environment.

Other initiatives included the Chamber partnering with the UWI Cave Hill School of Business for the use of its facilities to conduct Cave Hill’s face-to-face Executive Masters in Business Management and its Executive Diploma in Management programmes.

During his tenure, one of the regular activities of the Chamber of Commerce was its monthly luncheons.  Clarvis would use the Chamber’s platform to educate the members and guests on the burning issues and topics of the day.  Where necessary, guest speakers would be brought to Antigua to give the region’s point of view.  Such topical issues and speakers included: Implications of the CSME by The Rt. Hon. Owen Arthur; Globalization and Trade Liberalization by H.E. Sir Ronald Sanders; The Pros and Cons of the Caribbean Court of Justice by Sen. Hon. Arnold J. Nicholson, Attorney General and Minister of Justice of Jamaica and Dame Bernice Lake Q.C.; Liberalization of the Telecommunication Industry – representative from ECTEL; and presentations from Prime Ministers of Antigua and Barbuda – Hon. Lester Bryant Bird and Hon. Winston Baldwin Spencer.

Clarvis was a well-known clear-thinking and respected community activist who worked in the interest of the people.  As president of the Chamber of Commerce, he advocated and defended the interest of the private sector.  As vice-president of the West Indies Cricket Board, he worked to advance, protect and build the players and region as a whole.  These positions of leadership, especially when one is knowledgeable and assertive such as Clarvis, would sometimes put him in conflict with people in authority at home and in the region.  He often got himself in good trouble.  Leadership calls for boldness.  Many times I would watch the audacious Clarvis in action and speaking his truth while working for the good of the region, country and citizenry as a whole.  Don’t ask me how he did it, but Clarvis undoubtedly knew how to listen to the Holy Spirit and act on its leading. How else was he able to look after the needs of the workers through sometimes difficult union negotiations and at the same time mediate and satisfy the business owners as well as the coffers of the Treasury?  He also displayed love of duty and ease of interaction, inasmuch as he was familiar with many of the region’s policy and decision makers.  His position as President of the Chamber involved making appearances before Cabinet.  In addition, he would on occasion be part of a delegation representing the Caribbean Association of Industry and Commerce to Regional bodies such as OECS and Caricom to give the opinions on the effect of policy on the region’s private sector.

They are many other skilled men and women who, like Clarvis, played meaningful roles in the development and transformation of the island states in becoming competitive as a region in this world of globalization.

Clarvis lived through many transitions in the region: British Colonies obtaining Associated Statehood to full Independence; The West Indies Federation to Caricom, and the smaller OECS grouping; and too, the establishment of the Caribbean Court of Justice.

Clarvis was a well-rounded decent, humble and caring individual; a man of his word who could be depended on; a hardworking man who did not shirk his responsibilities; a lover of humanity; a man who held dear to his heart his family, immediate and extended, especially the children; a visionary who encouraged men and women from all walks of life to be the best at whatever they did, recognizing each job is necessary to form part of the whole; a man who always would encourage and say, “Don’t give me an excuse, give me a reason.”

Clarvis lived his life in accordance with his beliefs as demonstrated in the JCI Creed:  Expressing faith in the sanctity of freedom; Proclaiming belief in the basic nobility of human life; Protecting the right of the individual to live in dignity; Providing for each individual the opportunity to develop his or her maximum potential within his/her own society.

A sagacious man who believed in his country and the region.  A man who believed, promoted and participated in the Arts and Culture, Education and Training, Leadership Development, Economic Development, Trade in Goods and Services.  A life well lived, whose presence would light up a room or cause a party to begin depending on the event.  It is said that Clarvis was ‘larger than life’.

On 26th June 2014, James Clarvis Hezketh Joseph was awarded Knight Commander of the Most Distinguished Order of the Nation – KCN. A life well-lived whose journey has ended, leaving behind an indelible mark for others to emulate.

On behalf of my family and on my own behalf, I extend sincerest condolences to his dear wife Dr. Pat Marlene Joseph; his sons: Kevin, wife Jacqui and grandson Darius; Damon, wife Bridget, and grandchildren Kimana and Jahleel; his sisters, nieces, nephews and cousins.

May the soul of James Clarvis Hezketh Rest in Peace and Rise in Glory.  Amen.

US imposes sanctions on Russians over Alexei Navalny