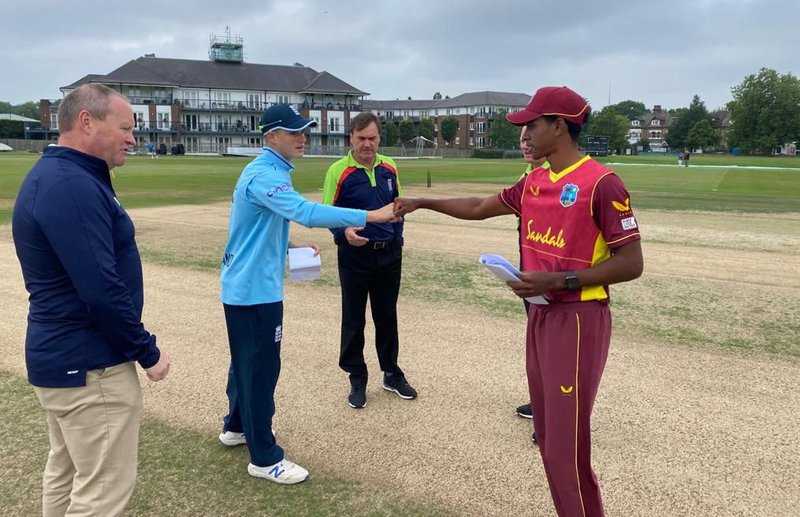 West Indies Rising Stars U19s went down to England Under-19 by 166 runs in the opening encounter of the Royal London six-match Youth One-Day International Series on Saturday.

After captain Ackeem Auguste won the toss and decided to bowl first, England posted 289-9 in their allotted 50 overs. The total was built around half-centuries by captain Jacob Bethell (69), James Rew (59) and wicket-keeper Alex Horton (53).

Bethell and Rew added 87 for the third wicket before the partnership was broken by the 16-year-old Thomas who bowled with good pace throughout his 10-over spell. He later returned to get the wicket of Horton who played a late cameo which included four fours and a six as England scored 85 runs in the last 10 overs.

In reply, the West Indies total of 123 had its main contributions from openers Anderson Amurdan (33) and Matthew Nandu (21) who gave the West Indies a 46-run opening stand in the initial 10-over powerplay. Amurdan faced 47 balls and hit five boundaries, while left-hander Nandu faced 28 balls and hit two fours. But, led by a five-wicket haul from off-spinner Tom Prest (6-2-18-5) who was well supported by the leg-spin of Rehan Ahmed (3-22) and left-arm orthodox Fateh Singh (1-28), they combined effectively to bowl out the visitors in the 30th over.

The two teams will return to the same venue on Monday for the second match of the series. First ball is 10:30am (5:30 Eastern Caribbean/4:30am Jamaica).