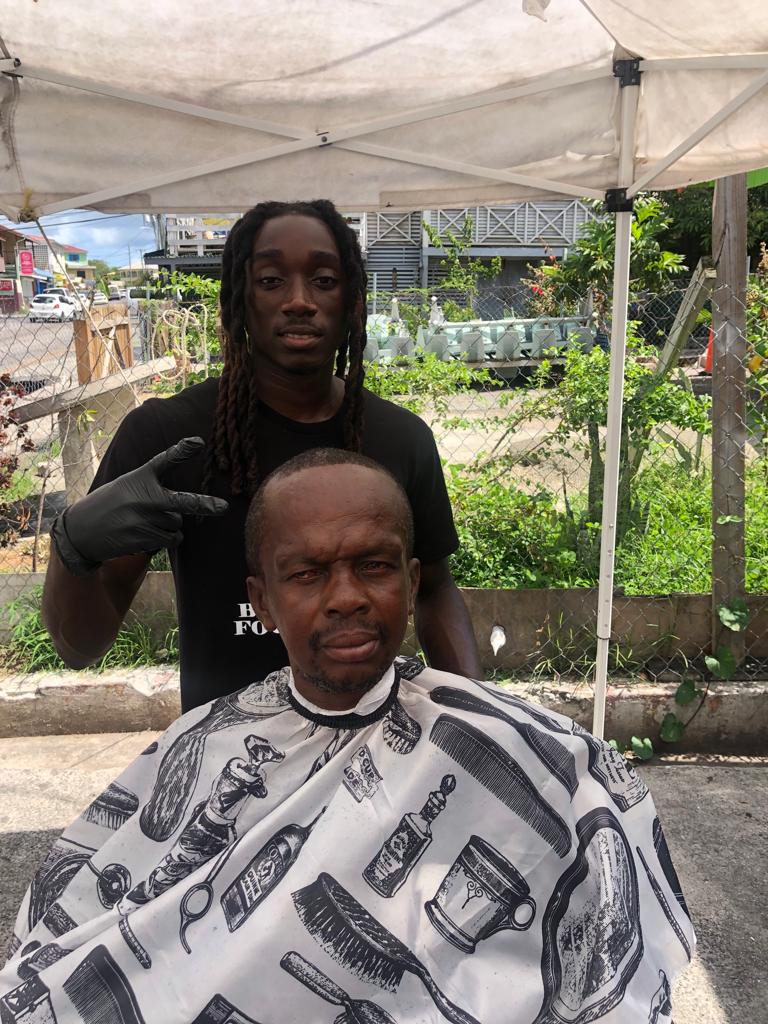 Four young men have banded together with the purpose of providing assistance to the needy in the society.

One of the founders of the organisation Black Boyz Foundation Inc., Jahone Roberts, said the group launched its first initiative last Sunday when it provided free breakfast and haircuts to the unsheltered men who frequent the Public Market area.

He described the event as being “highly successful” with approximately twenty men receiving haircuts in the vicinity of the Craft Market.

Several other persons benefited from the meal and beverage provided.

The remainder of the funding for the venture came from their own resources.

According to Roberts, the foundation is planning to undertake an even bigger event with its next outing on 2nd September, 2022.

On this date, Black Boyz Foundation Inc. will provide free haircuts to boys enrolled in schools across the country.

Those who are unable to take advantage of the offer on that day will be able to collect a voucher for a free haircut during the month of September.

The foundation will also donate school supplies to students returning to school. Roberts said Cool and Smooth has come on as a sponsor for this event.

One week later on 10th September, the foundation will return to cutting the hair of the unsheltered and providing a hot meal to those in need.

“We are accepting donations of clothes, money, toiletries et cetera, to be able to cater to the homeless and less fortunate individuals who are in need.

“Coupled with this is our plan to donate back to school supplies catering for 50 students of the Pigotts Primary School,” Roberts revealed.

The four men are all under age 25.