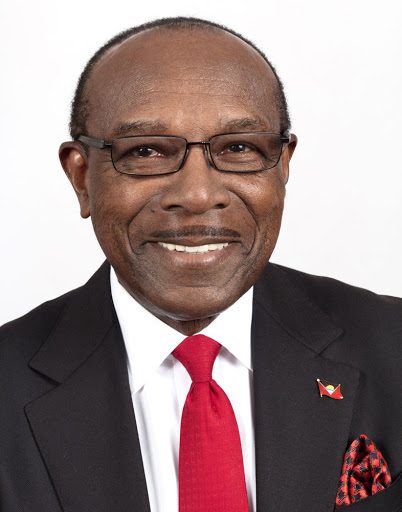 Monifa St. John, the Ministry of Health, Wellness and Environment employee who was stabbed 14 times in her home on Friday 13th January 2023 is now at home recovering.

Minister of Health, Wellness and the Environment, Sir Molwyn Joseph, has made an urgent appeal to the police to bring the perpetrator of the attack to justice.

Sir Molwyn also thanked the staff of the Sir Lester Bird Medical Centre and the Antigua Barbuda Emergency Medical Services for the role they played in saving his aide’s life.

“You’re aware that one of my assistants, Monifa St. John, was brutally attacked at her home. In that attack, the assailant inflicted fourteen stabs to her body.

“I am pleased to report to the nation of Antigua and Barbuda, especially the people of St. Mary’s North, that Monifa is recovering and resting comfortably at home,” Sir Molwyn said on Tuesday.

He continued, “I wish to take the opportunity to urge the police department of Antigua and Barbuda to aggressively pursue the culprit for this heinous act.

“We feel strongly that this act was an unusual occurrence and we do not want to make any assumptions, but the viciousness of the attack really speaks to some motive that is not ordinary.

“I therefore wish to assure my constituents that I will not rest, with the support of the police, until we find this assailant.”

Following the attack, St. John was also robbed of government documents that were in her possession as well as the government owned vehicle that was assigned to her.