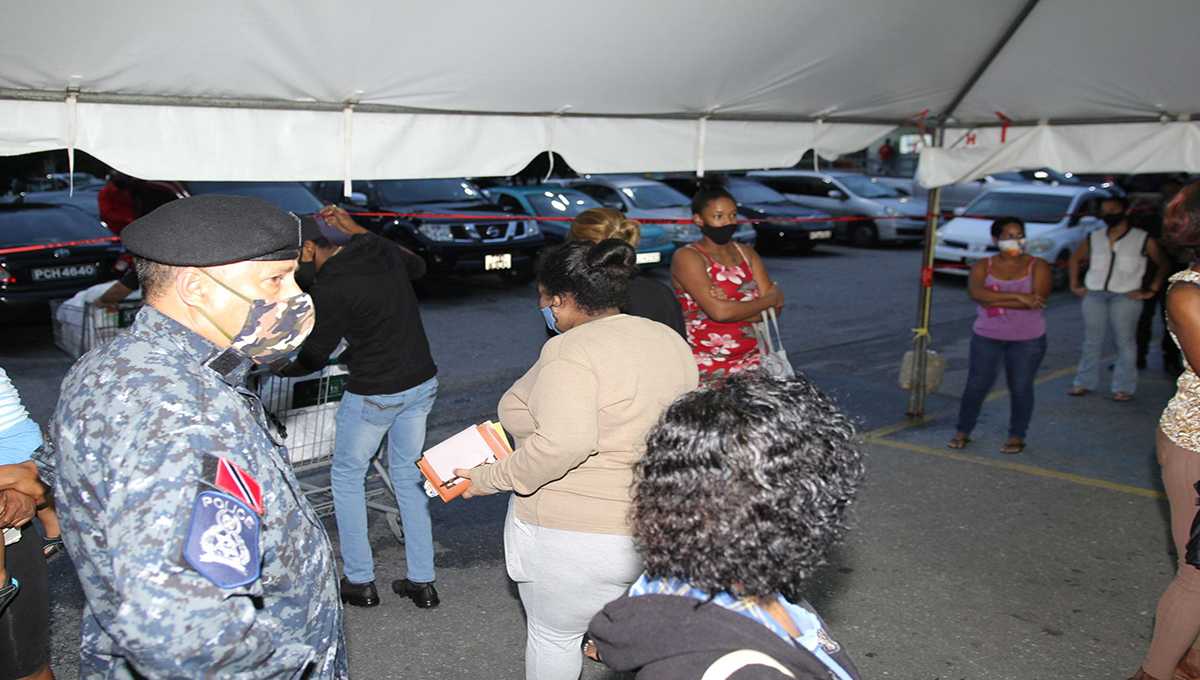 Trinidad Guardian – As the country’s COVID-19 outlook hit a record high in terms of new cases per 24-hour period, at 402 and seven additional deaths, which pushed the tally to 203 overall, fears continue to circulate that the nation’s hospitals are being overwhelmed.

Inching closer to the 4,000-mark as total active cases reached 3,783 up to 4pm on Saturday, public officials have continued to adopt drastic actions to force persons to stop congregating.

In a never-before-seen move to prevent members of the public from venturing onto the capital’s busiest liming strip — the Brian Lara Promenade, the Port-of-Spain City Corporation on Saturday roped off the area which runs from east to west with caution tape and cordoned off the area with barricades.

In the Ministry of Health’s daily update at 4pm, officials reported that a total of 331 people had been hospitalised.

And with 391 people at state quarantine sites, the ministry said a total of 3,014 people remained in home self-isolation, with 46 in step-down facilities.

This is the second time seven deaths have been recorded in a 24-hour period since the pandemic began in March 2020. Another seven fatalities were also recorded on September 11, 2020.

Meanwhile, Police Commissioner Gary Griffith also shut down the West Bees Supermarket in Diego Martin on Saturday for failing to adhere to COVID-19 regulations. He said he was left with no choice after they failed to heed the advice to install social distance markers to keep customers apart.

Griffith issued a warning to the owners on Friday after he visited and found close to 100 persons packed under a tent. Upon arriving on Saturday, Griffith “found customers packed together, tighter than channa in a doubles.”

The CoP said the grocery will be allowed to reopen only when it does what is required. He has promised that greater attention will be paid to increasing foot patrols in and around businesses to ensure crowd control measures are followed.

State of emergency will not affect election – PM