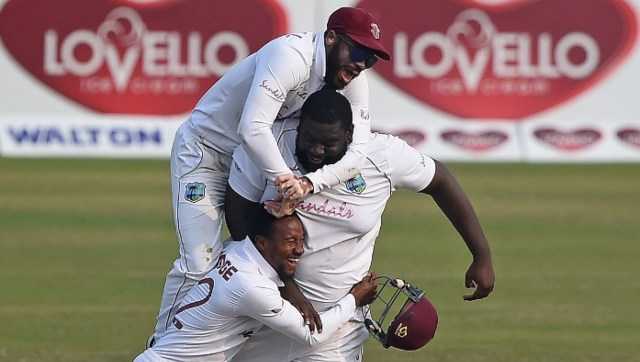 Sandals Resorts International, as Principal Partner of Cricket West Indies, is extending heartiest congratulations to the West Indies players and management on their recent 2-0 Test Series win over Bangladesh.

Kudos to Skipper Kraigg Braithwaite as well as Coach Phil Simmons for their leadership during what was a very difficult tour, the title sponsors said.

“It was heartening to see the team bounce back with such fight and determination after losing the T20 series, particularly as this team comprised a number of debutants. While every single player deserves praise, special congratulations go out to the Player of the Series Nkrumah Bonner, as well as Rakheem Cornwall for being not only the Player of the Match in the second Test but also the leading wicket taker. Kyle Mayers must also be recognized for his match-winning double century in the first Test, while Joshua Da Silva and Jomel Warrican also had key contributions,” a Sandals Resorts International media release stated.

The resort group is also offering congratulations to Cricket West Indies and the Bangladesh Cricket Association for putting on a successful tour in what it terms “these difficult times.”

Sandals said it is proud to be associated with Cricket West Indies, and it wishes the West Indies players at all levels all the very best on their future tours.