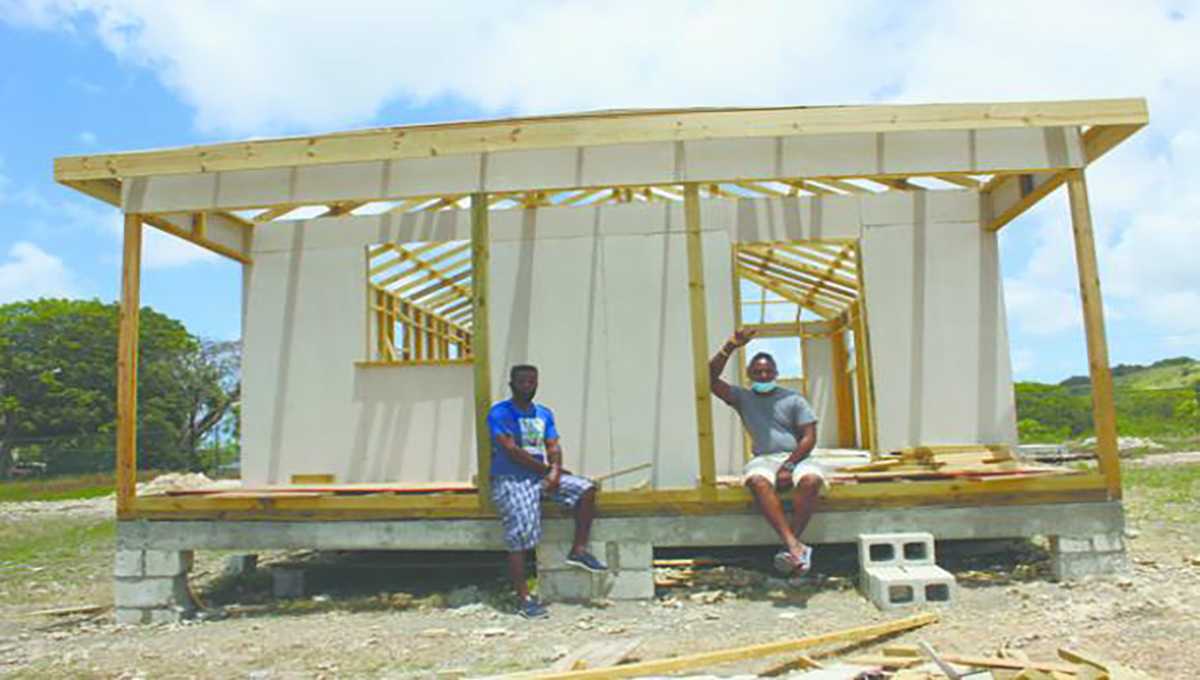 Barbados Advocate – In keeping with the wishes of the majority of persons to be relocated from the Rock Hall, St. Philip community, they will be entering into a rent-to-own arrangement with government as part of the relocation process.

George Griffith, Field Officer from the National Housing Corporation (NHC), who is part of the relocation team overseeing the project, gave this update as he and Field Officer Antoine Williams met with members of the media Saturday at Carpenter’s Glade, St. Philip, where the relocation process will officially get started next week when an occupant moves into a one bedroom house there.

“We know that for many years the issue of persons living at Rock Hall attracted the attention of Barbadians far and wide and it continued for many years, almost 30 years to be exact. However, during May 2019, a Cabinet Ministerial Committee was set up and that Committee toured Rock Hall. By September 2019, the Ministry of Housing and Lands set up an in-house team and they conducted a survey at Rock Hall,” he said, in giving some background on the process, noting that the survey was completed by December 2019 with all residents being polled.

Griffith noted, “The majority of people wanted … to be relocated, but they wanted a rent-to-own arrangement, recognising that there was no money to buy land and all of this. So it was decided that they would opt for a rent-to-own arrangement. When we recognised that 106 households fell below the poverty line, it was decided that we really would begin with the most vulnerable persons once they met the criteria that was set up.”

He additionally stated, “The government has determined that there will be a house swap arrangement. In other words, once persons agree and sign the dotted line to accept a house provided by the government, the government will take possession of the unit that they are living in, and that will be dismantled and removed, to ensure that we can see that efforts are being made to clear Rock Hall. Eventually, all houses will be relocated.

“Now, it’s not freeness as some persons might feel. Each resident will pay for the land that those houses are on through the rent-to-own arrangement and based on people’s financial needs and their ability to pay. So that is on the cards,” he said, noting that other locations have also been identified to facilitate the relocation process.

Explaining that at Carpenter’s Glade the land will be sold at 15 dollars per square foot, he however stressed that the price will vary depending on the value of the land at other locations. Furthermore, a small number of persons with housing units which can be relocated will cover the cost of the relocation on their own.

CSA concerned about workplace safety amid rise in COVID-19 cases

T&T holiday curfew starts at 10 am