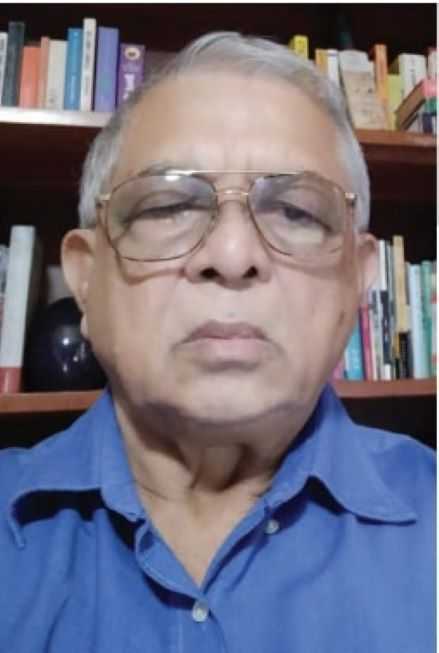 A word to the wise is proverbially sufficient but in the Caribbean it is generally a swear or “cuss” word (or “bad wudd”) and almost always results in more words to the point where one of my neighbours, in verbal battle with another, got so fed up with the increasingly loud revelations about her sexual and sanitation habits, as well as those of her maternal ancestors, that she took up her son’s Webster’s dictionary and threw it at her tormentor saying, “Take dat!” It was my first experience of how dangerous throwing words can become. They both ended up in “cuss-tody”. What this also demonstrated to me is that hitting someone on the head with a dictionary, or even a thesaurus, makes it clear that the adage, “Words don’t hurt” has to be dispensed with, disregarded, ignored, discounted and even ridiculed.

The British, however, after centuries of creating, popularising, defining, refining, using and abusing words to insult, offend, affront, upset and attack others, have finally come up with a “ranking” for every swear word in the English language. Some like “Arse”, “Bloody”, “Bugger” and “Sod-off” are “mild”. “Medium” is a mild-and-a-half and includes “A.se-Hole”, “Balls”, “Bint”, and “Tits”. My Jamaican friends will realise, and some might even appreciate, that “Strong”, while undoubtedly applicable to “John Crow Batty Rum”, is also perceived by Ofcom, the regulator for communications services in Britain, as including “Bloodclaat”, “C*ck”, “D*ck” and a simile for “cranium” which increasingly repositions the meaning. This category also includes “Beaver”, “Bastard”, “Punani”, “Snatch” and others with similar meanings. However, stronger than “Gash”, “Flaps” or “Fanny” and declared “Strongest” of all British swear-words are the “C” word, the “F” word and a maternal addition to the “F” word which originated in the U.S. and dates back to the 19th Century.

The British are not unique with their swear words. While some of them are not seen as “slang” in the Caribbean (like “Ginger” which we know as an ingredient in Mauby and other drinks) we have most of theirs and many others in our vocabulary. Our history gives us Spanish and French as well as African, Amerindian and Indian dialects which were rounded off during the Second World War, with American.

I doubt that any child in today’s world, the Caribbean especially, has grown up without knowing, using and sometimes adding to the key words. What we learn though, mostly the hard way, is when and where they should not be used and that “pain” is a four-letter word. In the old days, we had the “College Exhibition” examination that preceded the “Common Entrance.” We had to buy English Dictionaries and, whether Oxford or Cambridge, we graduated with honours or “Blues” in finding and using the strongest of the swear words and, doing that, as Shakespeare wrote in Othello, “not wisely but too well”.  We paid the price in “leather” – the instrument of punishment our teachers used on us with our parents’ consent and which, when we reached home after the news had already arrived with embellishments, was meted out in large quantities on our rear ends. For those who believe that kinky leather is a recent phenomenon, we were on the receiving end from much earlier. Far from the punishment fitting the crimes it amplified them to the point of our being treated like Public Enemy No. 1 and, given the severity, sometimes No. 2. Eventually we learnt to watch our P’s, C’s and F’s.

At Secondary School, we found Chaucer and introduced to other precocious boys in the burning heat of puberty, his “Miller’s Tale”, “Wife of Bath Prologue” and “Merchant’s Tale”. However, taking the early cake, bake and ice-cream was the great William Shakespeare. Whether he was really Bacon or some other writer, he actually used the letter “C” for the “C” word in Twelfth Night when Malvolio describes a letter he received from the Countess Olivia, “These be her very c’s, her u’s, and her t’s and thus she makes her great p’s.” Critics see the “a” in “and” as a pun for the missing letter of the spelling of the “C” word.

Hamlet also has this delicious pun when, trying to lay his head down in the lap of Ophelia, he speaks of “country” matters. There is no question, in my mind, what the character Cloten means in “Cymbeline” when he orders music to be played outside the heroine’s bedroom, “I would this Musick would come; I am advised to give her Musick a Mornings, they say it will penetrate”. When the musicians entered, he continued, “Come on, Tune; if you can penetrate her with your Fingering, so; we’ll try with Tongue too…” We did the play Henry V for our “O” Levels (now CSEP) and were not aware then in the scene where Henry meets his future bride Katharine there are word-plays within the play on the “C” and “F” words. Understandably, our teacher, Brother Lawrence of the Irish (Catholic) Presentation order, skipped that part. Even though I knew that none of my classmates would have saved my Bacon, I would have sent Brother Lawrence a French letter on behalf of Shakespeare. Now, in the winter of my life, all I can do is behave Bard.

Or, like Donald Trump behaves, as Trinis say, “More bad than bad.” It was bad enough when on August 11, 1984, Ronald Reagan, getting ready for his regular 9 a.m. live broadcast, was asked by the audio engineer to do the usual “microphone test” before broadcast. He was a former on-air commentator and quickly obliged with, “My Fellow Americans, I’m pleased to tell you today that I’ve signed legislation that will outlaw Russia forever. We begin bombing in five minutes.” According to Politico magazine, “News of his flippant remark soon leaked to the media, turning what Reagan believed to be a harmless private quip into an international embarrassment…” For those who thought that Reagan’s joke was in bad taste, Trump did worse. He dropped an F-bomb on Iran and the explosion was heard all around the globe. He was on his friend Rush Limbaugh’s show discussing Iranian support for U.S.-designated terrorist groups. Among his “choice” remarks directed at the Iranians was “If you “f…” around with us, if you do something bad to us, we are going to do things to you that have never been done before.” Although Trump has constantly used other swear words and phrases like “bulls…”, “ass” (e.g. Joe Biden “was only a good vice president because he understood how to kiss Barack Obama’s ass”) and all three words of “S.O.B.” this was his worst.

Yet, it was nowhere in the class of the three Caribbean men who entered a swearing contest.

The Barbadian swore non-stop for an entire minute and the crowd cheered. The Antiguan got a tremendous round of applause when he made it up to three minutes. However, on his way to do his bit onstage, the Jamaican tripped on the steps and cursed the designer, the carpenter and the organisers for a non-stop twenty minutes flat. Then he got on the stage and asked, “Can I start now?”

*Tony Deyal was last seen swearing that no Trinidadians were allowed to participate because the competition was for amateurs only.