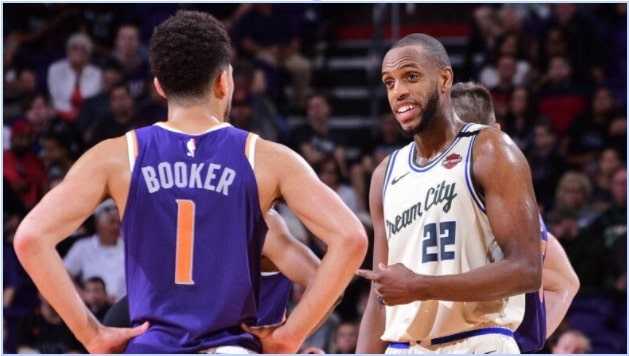 When the Milwaukee Bucks eliminated the Atlanta Hawks, it meant that they were on their way to the NBA Finals for the third time in franchise history. Interestingly, it is also the Phoenix Suns’ third trip to the NBA Finals, although Phoenix have been more recently – in 1993 while the Bucks last appeared in the NBA Finals in 1974 – before all of its team members were born.

The Milwaukee Bucks have one NBA Championship (1971), while the Phoenix Suns have never won an NBA Championship. They were on the losing side on each of their two previous appearances in 1976 and 1993. The Suns lost in seven games to the Boston Celtics in 1976, while they lost to the Chicago Bulls – then two time defending champions in 1993.

The Suns have the advantage, having won both of their two regular season games against the Bucks. In addition, they have been resting and preparing for the Bucks, as they wrapped up their series with the Clippers a week ago.

The Suns cannot afford for Devin Booker or Chris Paul to struggle as they often did against the Clippers, even without Kawhi Leonard, or else it will be a short series.

The Bucks, on the other hand, have shown that they have a good supporting cast to take up the slack from the Greek Freak, who suffered a hyperextended knee during Game 4 against the Atlanta Hawks.

The Bucks will be hoping for a healthy Giannis Antetokounmpo as they have the most to lose in the NBA Finals.  Giannis has those pair of MVP awards and no rings.  Milwaukee is the better defensive team, brings the best player, and the individual matchups are mainly in the Bucks’ favor.

STATEMENT BY PRIME MINISTER OF ANTIGUA AND BARBUDA AND CHAIRMAN OF THE CARIBBEAN COMMUNITY (CARICOM) HON. GASTON A. BROWNE on THE ASSASINATION OF HAITIAN PRESIDENT JOVENEL MOISE